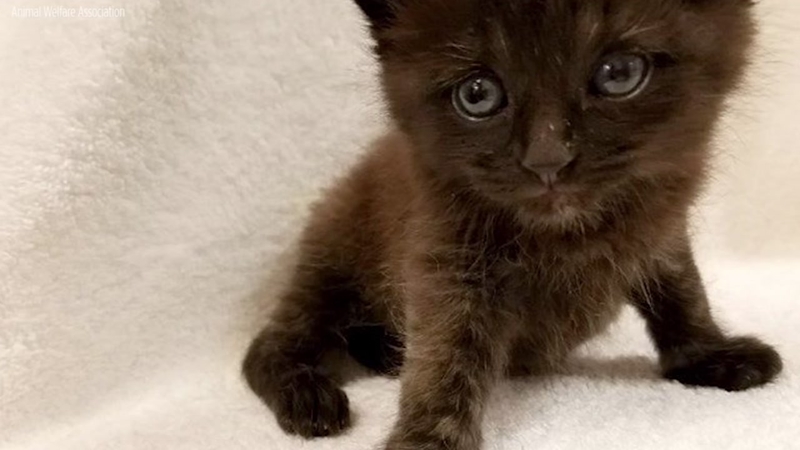 Kitten named 'Burrito' is as rare as he is cute

This little kitty is special, and not just because he's cute; he's also rare.

Burrito is a 6-week-old male tortoiseshell cat. He was dropped off at the Animal Welfare Association in Voorhees, New Jersey.

"When I turned little Burrito over I was so surprised," said Dr. Erin Henry told ABC News. "I've examined thousands of kittens while working at AWA and they are so rare that he may be the only male tortoiseshell I'll ever see again."

Tortoiseshell cats, also called torties, have coats that resemble tortoiseshells and are almost always female. That's because the coloring is found on the females' two X chromosomes, which means for a male to be a tortie he needs two X chromosomes and one Y.

Good Samaritans brought in Burrito, along with his siblings Empanada and Tortilla, in April. They won't be old enough to adopt for a couple weeks, but the AWA has received hundreds of offers to adopt Burrito. Maya Richmond, executive director, can see why.