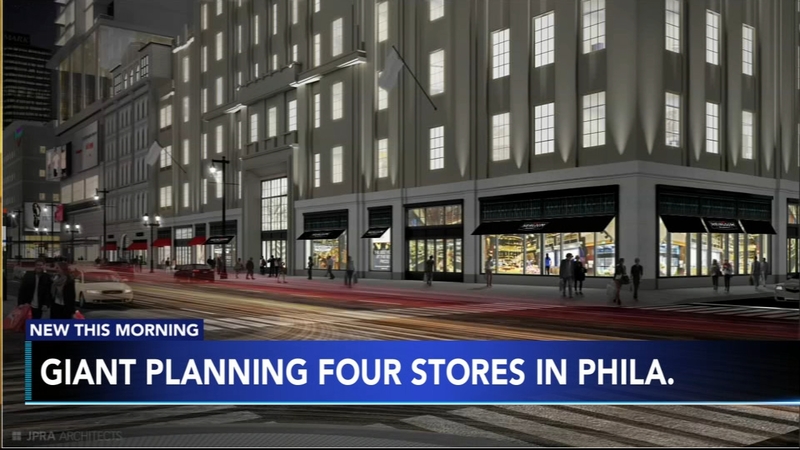 PHILADELPHIA (WPVI) -- Giant is planning to open four new grocery stores in Philadelphia and 700 jobs will come with them.

A 32,000 square foot Heirloom Market is set to open in the Fashion District on Market Street.

A 46,000 square foot Giant will open on Columbus Boulevard at Reed Street.

North Broad at Spring Garden Street will be the home to a 50,000 square foot giant.

And a third Giant store, 40,000 square foot, is planned for South Broad Street at the corner of Washington Avenue.

Giant plans to open a store at Cottman and Bustleton avenues.

"The GIANT Company is committed to Philadelphia and this expansion across our family of brands exemplifies our strategy in action," said Nicholas Bertram, president, The GIANT Company, in a statement.

The exact opening dates for the stores are still being finalized; but Giant plans for all four locations to be opened by 2023.

The Riverwalk Giant will also have a beer garden, an outdoor terrace and a self-serve tap wall.

It is also planning to open a 67,000 square foot store on Cottman Avenue, as well as a Giant Direct e-commerce fulfillment center in November.