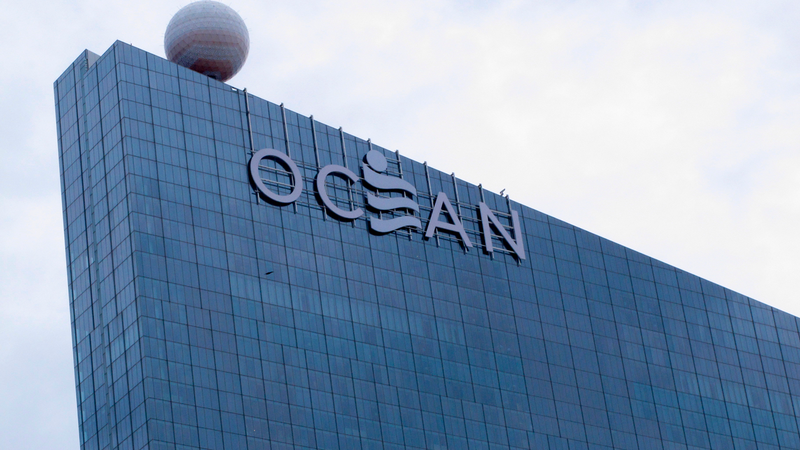 ATLANTIC CITY, New Jersey (WPVI) -- Elaborate grand openings for Atlantic City's newest casinos were held Thursday, as both of them opened their doors to gamblers a day earlier than scheduled.

Action News was inside both Hard Rock Hotel and Casino and Ocean Resort Casino.

The previously shuttered casinos both received permission Wednesday afternoon from the New Jersey Division of Gaming Enforcement to begin full operations, so both immediately started letting gamblers inside.

At 11 a.m., Hard Rock hosted a mass guitar smash on the Boardwalk. At 1 p.m., Ocean Resort had a ribbon-cutting.

The Hard Rock is the former Trump Taj Mahal, and Ocean Resort is the former Revel. They were two of the five Atlantic City casinos that had shut down since 2014. Together, they will restore about 6,000 of the 11,000 jobs that were lost in the shutdowns.
"Today is the bridge to the revitalization of Atlantic City," Jim Allen, CEO of Hard Rock International, said shortly before the ceremony. "We believe this project will create a new day in the evolution of Atlantic City. We have spent $500 million renovating this building. We promised you we wouldn't just paint it and put up a guitar."

After a brutal two-year stretch in which five of its 12 casinos closed, Atlantic City now has nine. The reopenings have generated cautious optimism for the seaside gambling resort that once was the only place in America outside Nevada with casinos, but which has struggled mightily as gambling spreads in states all around it.