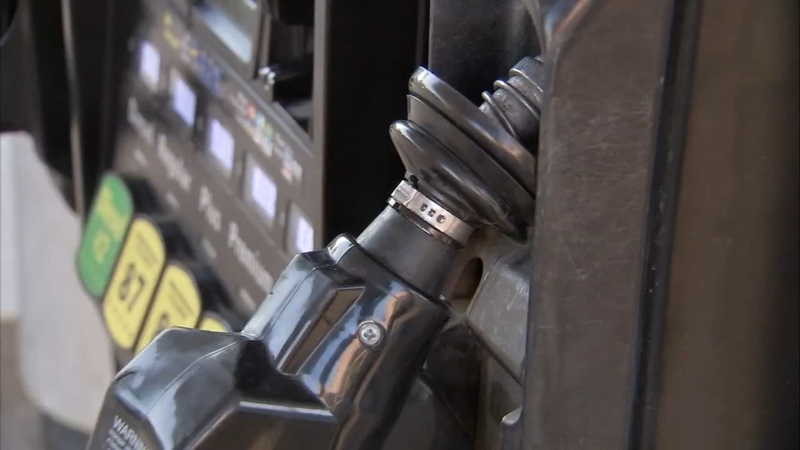 How will closing of Philadelphia refinery affect gas prices?

PHILADELPHIA (WPVI) -- The announced closure of the Philadelphia Energy Solutions refining complex will lead to higher gas prices for motorists, according to AAA Mid-Atlantic's Jana Tidwell.

"That is a void that needs to be filled but luckily in the United States we have the ability to fill that void," said Tidwell.

News that the refinery would close sent gasoline future prices up and that will have an effect on consumers. Tidwell expects there will be a 5 cents to 10 cents increase in gasoline prices initially. Analysts are unsure how long that will last.

Adrian Mastrangelo is South Philadelphia said, "I'm a working guy so I don't want to see prices go up."

Neither does Nancy Bixler who fills up four times a week as an Uber driver and works a full time job just to make ends meet. Bixler said every nickel makes a difference to her family.

Even with the expected bump, the average gasoline price will still be lower than this time last year.

Currently, the average price for a gallon of regular gasoline in Pennsylvania is $2.85, down from $3 this time last year.

The increase is a small price for Rufus Oliver to pay. The lifelong South Philadelphian said he has long wanted to see the plant close over health concerns.

"Not a problem. Five, ten cents? I would done it 20 years ago to save a lot of family members," said Oliver.

Tidwell said consumers will not notice shortages since gasoline from refineries in the United States and Canada and the Colonial Pipeline will fill the void.
Report a correction or typo
Related topics:
businessphiladelphia newsgas pricesfirejobs
Copyright © 2021 WPVI-TV. All Rights Reserved.
More Videos
From CNN Newsource affiliates
TOP STORIES