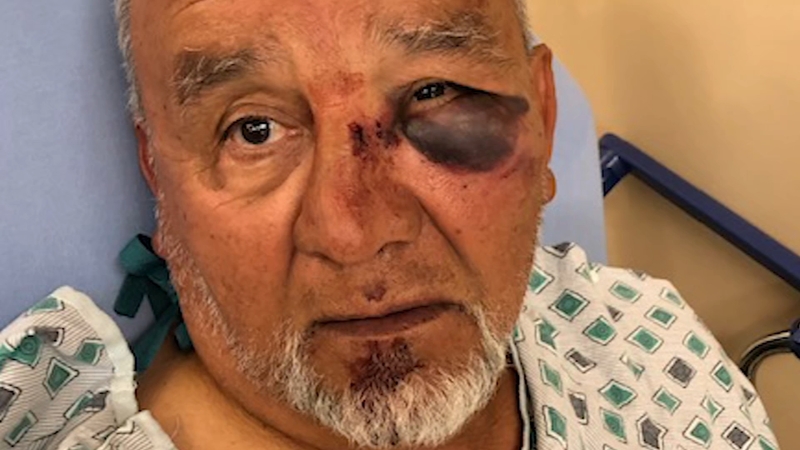 CLOVIS, California -- Sixty-eight-year-old Joe Carrera says he now has trouble sleeping after he was physically assaulted this week following a dispute over a parking space at The Home Depot in California.

"They said my nose is broken, and my left cheek is fractured, and I have some kind of tear underneath my eye," Carrera said.

According to the retired correctional officer, he was trying to back out of a handicap stall when a man driving a Ford F-150 behind him became impatient.

"I got (out) and went to talk to the guy in his truck, and he says 'move your car,' but (I say) 'I can't! You got to move your truck back.' So once I told him that he got upset and he started flipping me off," Carrera said.

That's when Carrera says the dispute escalated to physical violence.

"Before I know it, I see him lunging at me, and he struck me with both fists. I didn't have a chance to defend myself or anything," he said.

The altercation did not stop there.

The grandfather of five says just as he was regaining his senses, the suspect came after him a second time, leaving him bloody and bruised.

"I'm trying to recover. He hits me again on my left cheek. At that moment, I hear my wife yelling 'stop hitting him, stop hitting him!'" Carrera said.
The man eventually stopped and then drove away, but not before he made one last threat.

"Before he got into his truck, he told me, 'The next time, I'm going to kill you,'" Carrera said.

The suspect's silver F-150 was caught on camera and showed a custom front grill and distinguishable stickers on the back windshield along with a handicap license plate.

Investigators are reviewing security cameras and city surveillance footage to get a clearer picture of the man, who now faces felony battery charges.

"It's a Ford pickup we have some obvious stickers on the back of it, and we also have a partial license plate," said Clovis Police Sgt. Jim Munro. "We are using our resources along with some technology to try and figure out where this truck's at and where we can find the suspect."
Report a correction or typo
Related topics:
californiacrimeattackparkingu.s. & worldroad rage
More Videos
From CNN Newsource affiliates
TOP STORIES 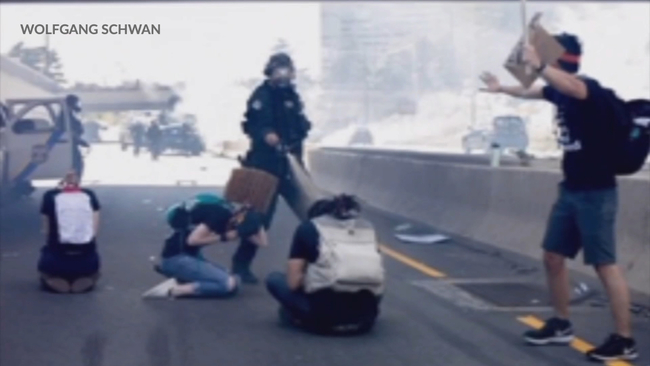