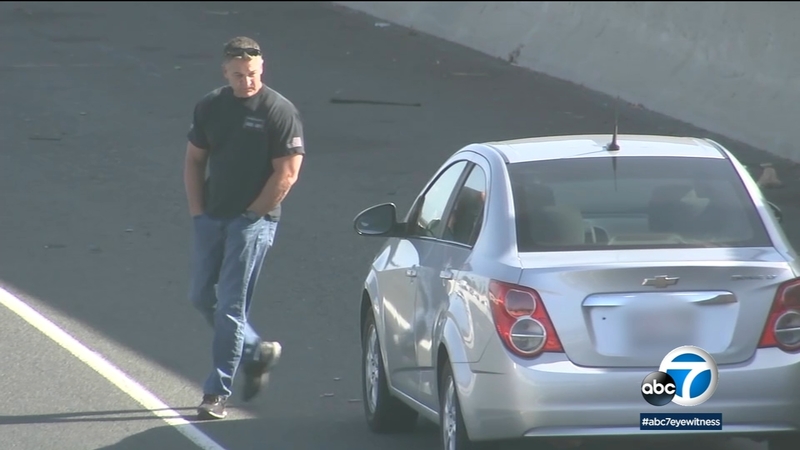 Boy, 6, dies after being shot in road-rage incident on 55 Fwy in OC

ORANGE, California -- A 6-year-old boy was killed in an apparent road-rage shooting on a California highway Friday morning.

It happened just after 8 a.m. on the 55 Freeway in Orange, according to the California Highway Patrol.

A CHP spokesperson confirmed at a news conference that Aiden Leos passed away at the hospital.

The fatal incident, described by the the highway patrol as an isolated road-rage confrontation, occurred near West Chapman Avenue between 7:55 a.m. and 8:15 a.m.

At the time of the shooting, the 6-year-old was sitting in the back seat of a Chevrolet sedan as his mother was driving northbound on the 55, according to CHP Officer Florentino Olivera.

The shooter, who remained at large, was said to be driving a newer model white sedan, possibly a Volkswagen wagon sedan, according to California Highway Patrol. The vehicle was last seen traveling northbound on the 55 from Chapman Avenue.

A description of the suspect was not immediately available.

The northbound 55 Freeway was closed at the scene, and video showed a phalanx of officers scouring the pavement for evidence.

"If your vehicle has a dashcam, we're asking you, please provide that video," California Highway Patrol Officer Florentino Olivera said. "If you were driving by, you saw something that was not right, call it in -- even if it wasn't something major."