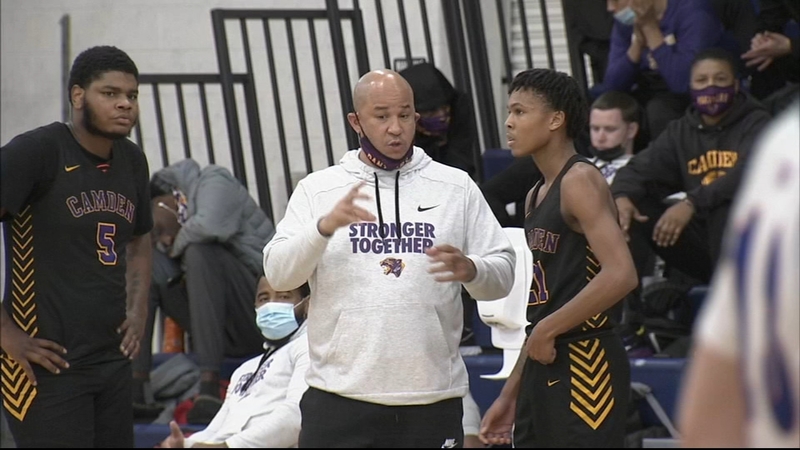 Dajuan Wagner Jr. is one of the top-ranked players in New Jersey.

Action News caught up with the Wagner's and asked them who is better on the court.

"I haven't beat him yet, so we're gonna have to see," said Wagner Jr.

Wagner Sr. jokes he's still better because he refuses to play his son.

All joking aside, the former NBA player is considered the best high schooler to ever come out of the state, but he believes his son, who's only a sophomore, will be better.

"He's smarter than I was. He's learning way more. He's way more advanced than I was," Wagner Sr. said.

"In my opinion, he's the greatest player to ever play in New Jersey, and now to coach his son it's special," said Camden coach and former Temple University and NBA player Rick Brunson.

The point guard has led Camden to 38 straight wins dating back to last year.

They ended on a 25 game winning streak, and this season they finished a perfect 13-0 and are considered one of the top teams in the country.

Their last loss came in December 2019.

"I have a lot of confidence we can beat anyone. If we put our mind to it," Wagner Jr. said.

Brunson has a different take on their dominance compared to the elite programs in the nation.

Officials confirm there will not be state playoffs in New Jersey.

"I feel bad for the kids because you wanna play and win something," Brunson said. "Two years with the best team in the state, and we won't be able to compete for a State Title. But again, health is more important."