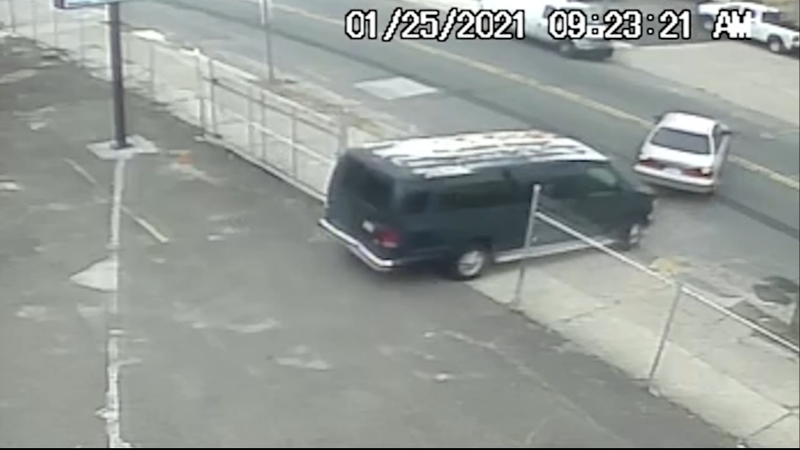 The pastor at Iglesias Pentecostal on 110 Marlton Pike in the City of Camden said the trouble began on January 18, when thieves tried to steal the church's van from a gated parking lot, but the battery was dead. But then the thieves came back.

"And they took out a battery from their car and tried to see if they could start it. They couldn't start it," said Pastor Daniel Roman.

The thieves were so determined to steal the van that they used a rope and a small Honda to pull the large van out of the parking lot. Video captured the moment the rope snapped and the suspects tried to push the van using the Honda.

Roman said the van was the only transportation for church members.

The thieves also allegedly stole two church vans from the parking lot at the Antioch Baptist Church in the 700 Block of Ferry Avenue.

"We use them for the elderly, feeding the hungry, transporting our seniors when they come to church and everything, picking up food from the food bank," said Chester Leach, the chief of security at Antioch Baptist.

Another van was stolen from the parking lot at the St Joseph's Pro Cathedral on Federal Street.

In all, seven vans have been stolen since January 26.

"I don't have a motive of why they are targeting these Econoline-style vans," said Detective Tracy Siegel of the Camden County Police Department.

Two of the vans were recovered Wednesday in the Kensington section of Philadelphia.