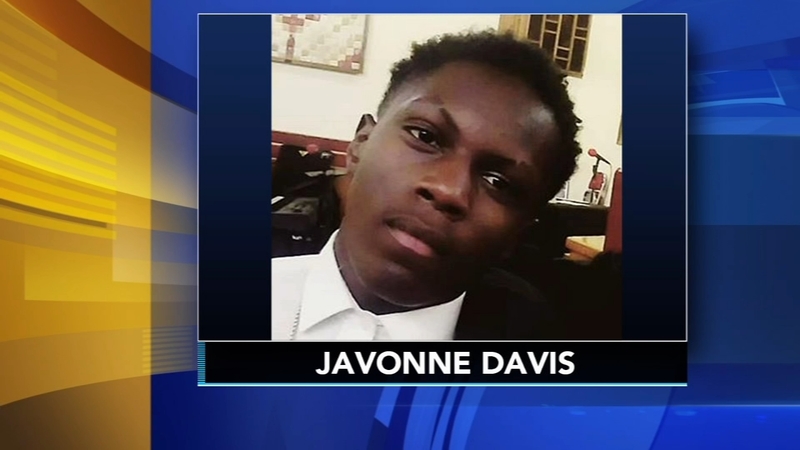 CAMDEN, N.J. (WPVI) -- A Camden County police cruiser patrolled the area around Camden High School Wednesday morning, just a day after a freshman was shot to death just a couple blocks away.

Relatives say 15-year-old Javonne Davis was walking home from school with a friend between 4 p.m. and 5 p.m. Tuesday when he was shot and killed at the intersection of Princess Avenue and Euclid Street.

"After I heard what happened I was in tears all day," friend Javier Cano Robles said.

Davis, who was shot in the stomach, was rushed to the hospital where he later died.

The family says they have no idea who would want the 9th grader dead.

"Somebody knows something," said Jamie Utley. "He was only 15."

Just three years ago, Jamie lost her husband during an armed robbery. Now, she and her family are dealing with the grief of losing Javonne.

Raven Utley says her brother was planning for the future.

"He just got a scholarship to Rutgers for four years, that's what he was doing," said Raven.

Javonne's friend was left uninjured in the shooting after a bullet struck his phone.

Cano Robles says he was also supposed to be with Davis at that time.

"He told me to come with him after school and I told him I had somewhere to go," Cano Robles said.

The Camden City School District says students are heartbroken as they try to process this senseless loss. It released a statement Wednesday that reads in part:

"Our District is in shock and mourning following the tragic passing of one of our beloved students. Grief counseling is available to students at Camden High and other schools where students have been impacted by his passing, and the violence that led to it."

Action News has reached out to the Camden County Prosecutor's Office about this homicide. So far, we have not heard back. Authorities have been fairly tight-lipped about this case.

It happened between 4 and 5 p.m. at the intersection of Princess and Euclid Street as reported by Dann Cuellar during Action News at 11 on November 13, 2018.