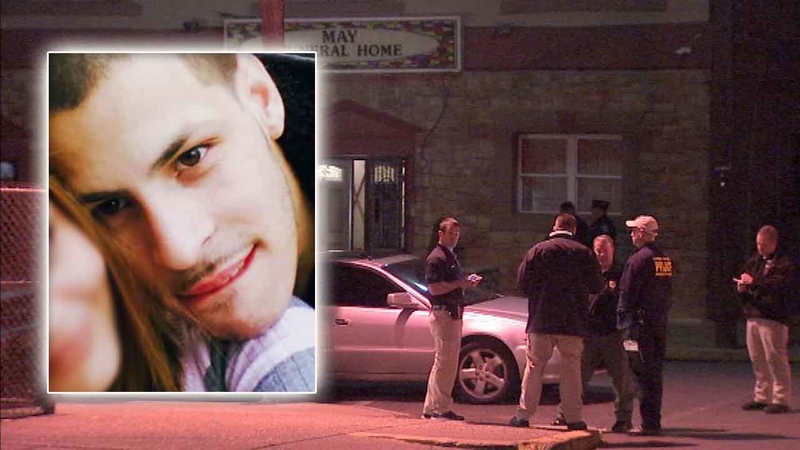 CAMDEN, N.J. (WPVI) -- A man has been arrested in connection with the deadly shooting of 22-year-old Jonathan Vazquez outside a funeral home in Camden.

Victor Rodriguez, 31, was charged Saturday as an accomplice in the murder of Vazquez.

The shooting happened shortly before 7 p.m. Thursday in front of the May Funeral Home located at 4th and Chestnut Streets. 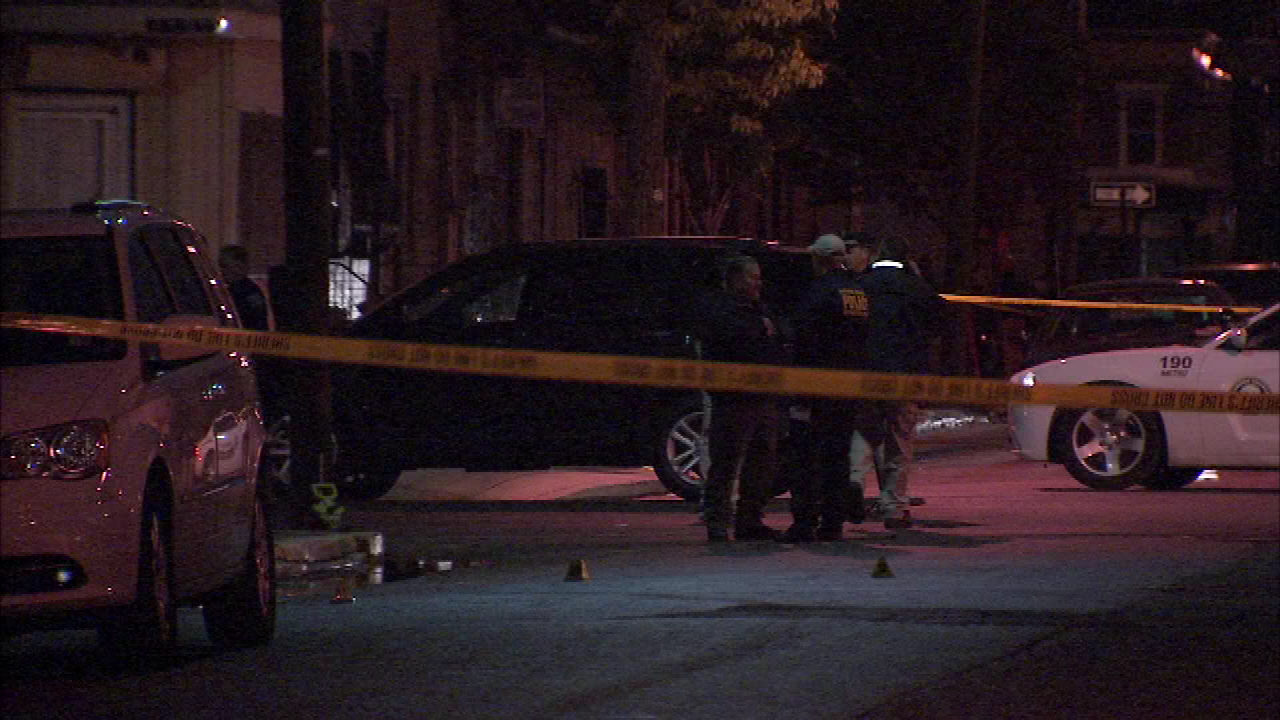 PHOTOS: Deadly shooting outside funeral home
A 22-year-old man was going to pay his respects to his grandmother when he was gunned down.

Police say there was a viewing at that location for 70-year-old Rosa Serrano, whom relatives called the matriarch of the family.

"We was here at the viewing, and they killed my nephew out here tonight," said Serrano's daughter, Christina Serrano.

It happened shortly before 7 p.m. Thursday in front of the May Funeral Home located at 4th and Chestnut Streets.

As Vazquez was getting ready to go inside the funeral home to pay his respects to his grandmother, relatives say he was shot 8-10 times in the head and torso by an unknown assailant.

"I went outside, and he was lying in a puddle of blood," said Vazquez' cousin, Maria ValCarcelo.

The viewing turned into chaos as mourners tried to cope with what had just happened. Relatives tell us they have no idea who killed Vazquez or why.

"This crime needs to stop here in Camden. It's just too much," said Serrano. "I'm out of words. I can't."