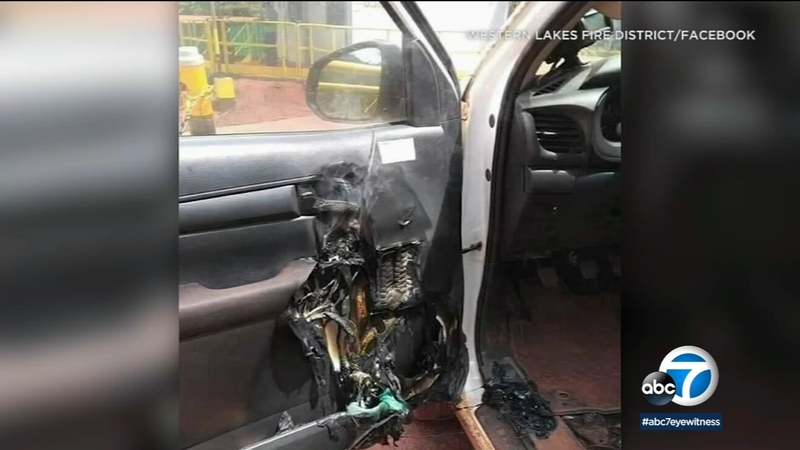 Can hand sanitizer explode in a hot car? Expert weighs in

An online post that went viral has raised a lot of questions about hand sanitizer and whether it can explode when left in a hot car.

On Thursday, the Western Lakes Fire District in Wisconsin posted a photo on Facebook showing the inside of a car door that had significant damage. The post quickly racked up thousands of shares and dozens of Facebook users pointed out something written in Spanish in the background, leading many to question its authenticity.

After some digging, it was determined that the photo might've originated in Brazil.

The fire department eventually took down the post, saying "While we never made the claim that the photo utilized was from our district or from an exploding container of hand sanitizer, it has become clear that inference and speculation made it seem as though it was."

The department went on to write that "our message was intended to center on preventing fire or injury from the use of hand sanitizer."

"Brazilian fact-checker Aos Fatos and Estado Verifica found that a car would need to reach an internal temperature above 300 degrees Celsius (572 degrees Fahrenheit) to cause hand sanitizer to combust. A study by Arizona State University looking at cars parked in triple-digit summer heat found temperatures topped out around 160 F (71.11 C)," according to its report.

"The thing you need to worry about is that (if) it gets heated up in there, the alcohol may evaporate," Cherrone said.

He recommends that you keep hand sanitizer with you, like in a purse or clipped to a water bottle.

"When you're dealing with anything alcohol-based, the last thing you want is to have something happen that could've been avoided," he added.

Allowing hand sanitizer to dry for about a minute after applying it and before touching something else is also recommended.