CAPE MAY, New Jersey (WPVI) -- A pair of World War II-era explosives were detonated on a Cape May, New Jersey beach Wednesday night.

The unexploded devices were found in a yard on Elmira Street earlier in the day.

Police and fire crews responded and evacuated some neighbors as technicians safely removed the devices. 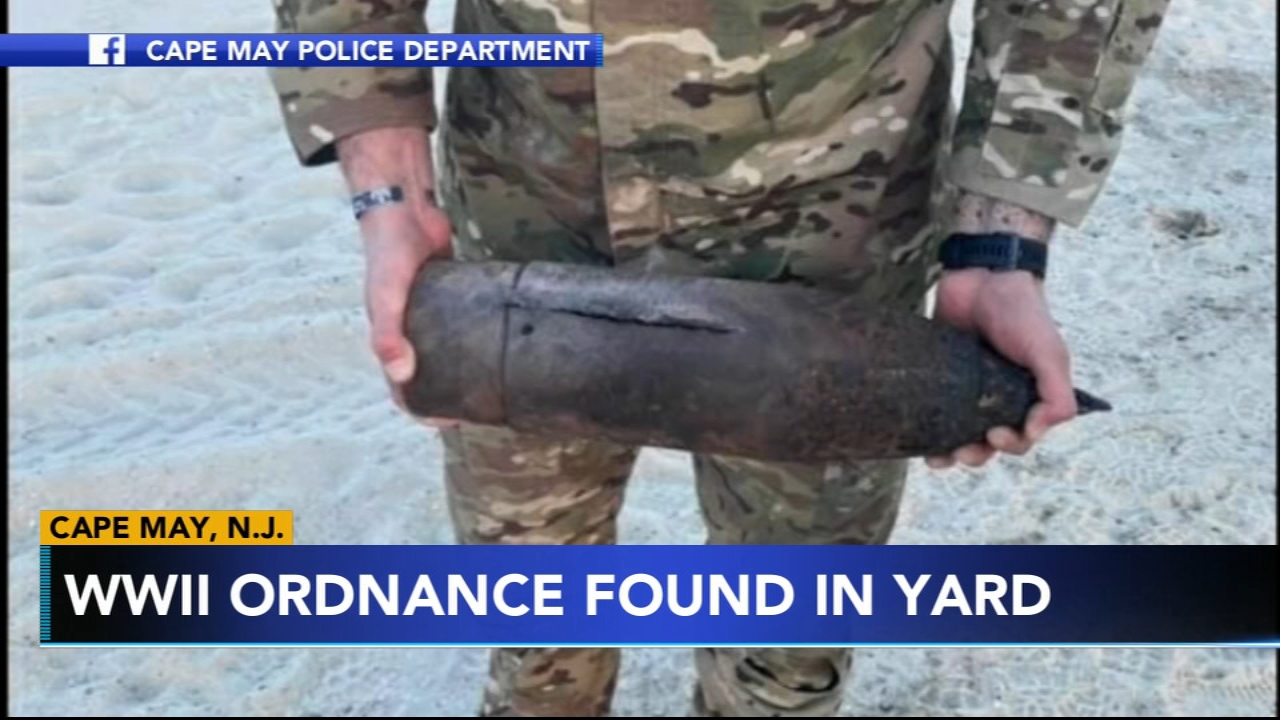 "When I bought the house back in October, the neighbor on the other side had warned me (that the former owner) used to bury a lot of stuff. The yard is lumpy and uneven and when the landscapers came, I advised them there will be things buried back there," said Anderson.

The bomb squad was called back Thursday after a third device was found, police confirmed to Action News.