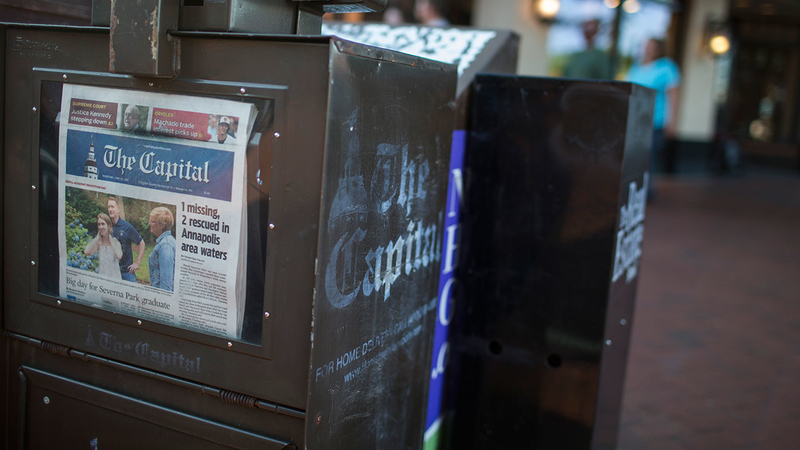 ANNAPOLIS, Md. -- A fellow journalist has started a GoFundMe campaign to raise money for victims of Thursday's shooting at the Capital Gazette offices in Annapolis, Maryland.

"Please give what you can to help the Capital Gazette newsroom and their journalists," Bloomberg reporter Madi Alexander wrote on the campaign page. "Our hearts break for our colleagues in Annapolis and we want to do whatever we possibly can to help them pay for medical bills, funeral costs, newsroom repairs, and any other unforeseen expenses that might arise as a result of this terrible shooting."

Alexander said on Twitter that she does not personally know staffers at the Capital Gazette but has been in contact with GoFundMe about how the funds will be distributed. She is not able to withdraw any money from the fund, nor is anybody else without GoFundMe's approval.

Second note: I ain't shady. A nice GoFundMe staffer has already sent me a very encouraging email and I'm not able to withdraw any money for myself.