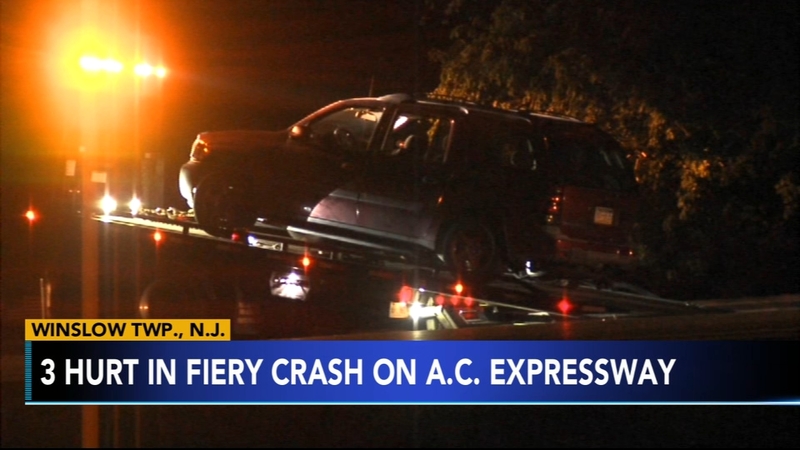 Three people are hospitalized after a car crash on the Atlantic City Expressway.

The crash happened shortly after midnight in the westbound lanes of the highway in Winslow Township, New Jersey.

Officials tell Action News the two-vehicle crash caused one of the cars to catch fire. An off-duty police officer is being credited for pulling at least one victim out of the burning car.

Three people were transported to an area hospital for their injuries, however their conditions are not clear at this time.