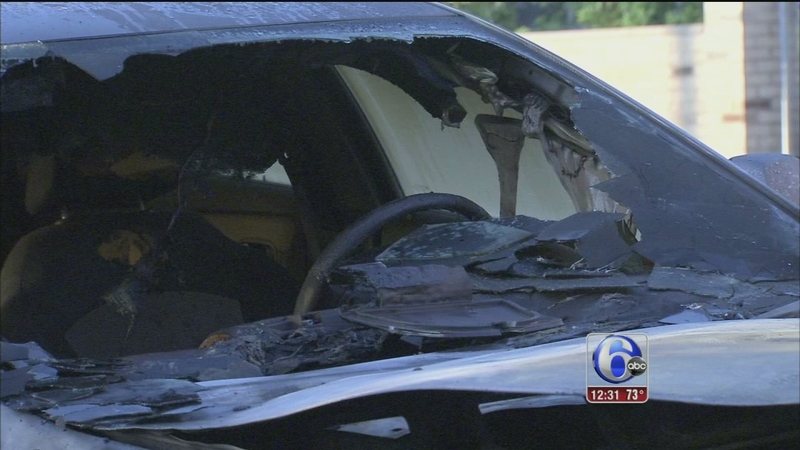 OVERBROOK (WPVI) -- At least five vehicles and a dumpster were set on fire in the Overbrook section of Philadelphia early Monday morning.

Police are now working to determine if the fires were the work of the same person or group of people.


The calls started coming in around 4 a.m. for three car fires near the intersection of North 60th Street and West Columbia.

Neighbors are hoping a nearby surveillance camera in the newly upgraded park caught something.

"I don't understand. So much positive things going on, now all of a sudden we have vandalism," said block captain Charles Morris.

Nearby, on Jefferson by 57th Street, Bob Ballard grabbed a hose after spotting flames coming from his neighbor's Buick Lacrosse around 4:15 a.m.

"My next door neighbor called and told me my car was on fire. I said 'On fire? You got to be kidding,'" said the car's owner, Dolores Hill.

Firefighters were also called to a dumpster fire outside a mini market at 56th and Master in West Philadelphia.

The flames melted the siding of the building.
Then, around 8:30 a.m., yet another report in the Overbrook section on Nassau Road by 61st.

Kemmony Stanley said his wife and son had been heading to school when his wife noticed flames coming from her gas tank.

Stanley grabbed a fire extinguisher and helped contain the flames

"It was paper inside of my wife's gas tank. I came outside and got it out," he said.

"I just filled my tanks, it was a full tank," his wife said. "Anyone could have been hurt or something happened to property out here."