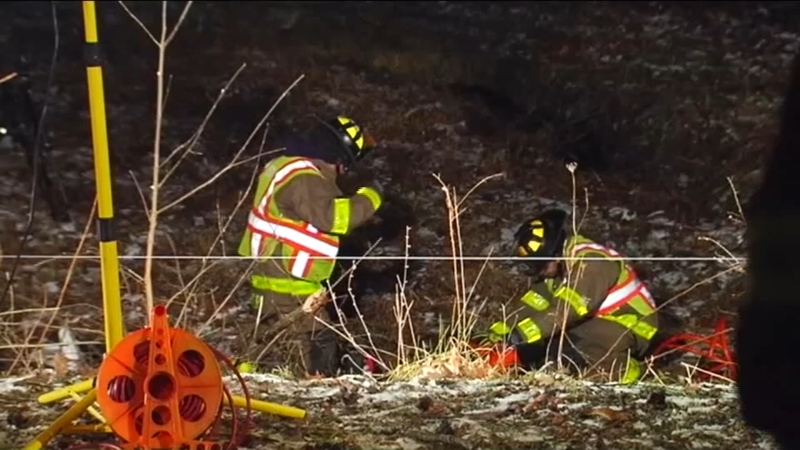 Police say the car was headed south on Bricker Road when it went out of control at about 4:15 p.m. Tuesday in Upper Tulpehocken Township and ended up in two pieces in a marshy meadow.

Eighteen-year-old Sean Orner and 18-year-old Shannon Althouse were pronounced dead at the scene. Officials said both were students at Tulpehocken High School.

The 17-year-old driver told emergency dispatchers that half of the vehicle was missing and he was trapped inside. He was taken to a hospital with injuries described as moderate.

The cause of the accident is under investigation.