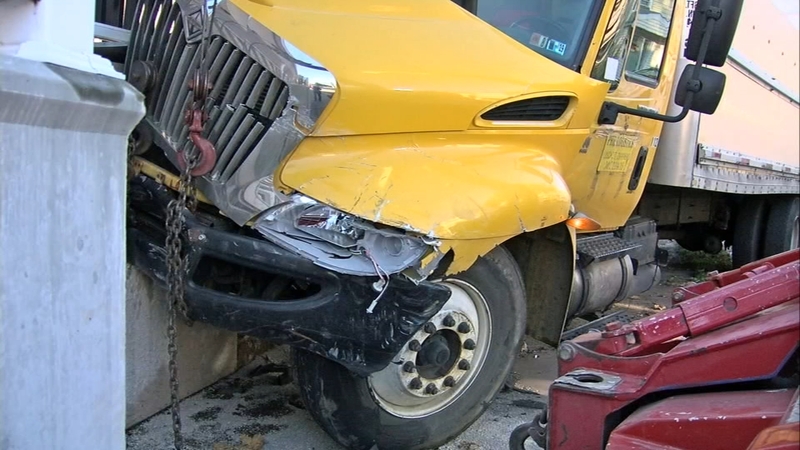 It happened just before 6 a.m. on the 500 block of New Street near Wall Street, which isn't far from the East Vincent Township line.

Neighbors said the box truck hit six parked cars and the impact pushed one car into a home badly damaging the porch.

The family had just renovated the porch three weeks ago, according to neighbors.

Bennett said speeding drivers are always an issue on the street.

"It is like the Indianapolis 500 out here sometimes," Bennett said.

He's now wondering how fast the box truck driver was going in the 25mph zone.

"He was not doing 35 mph or 25. There's no way. You can't hit six cars and hit a building before the vehicles stop," said Bennett.

Action News saw the driver walking away embarrassed about what happened. His manager would only say they believe he just lost control at some point.

Those who lost their cars and families whose homes were damaged are now dealing with working with insurance to come up with the next step.

There is no word on charges from police.