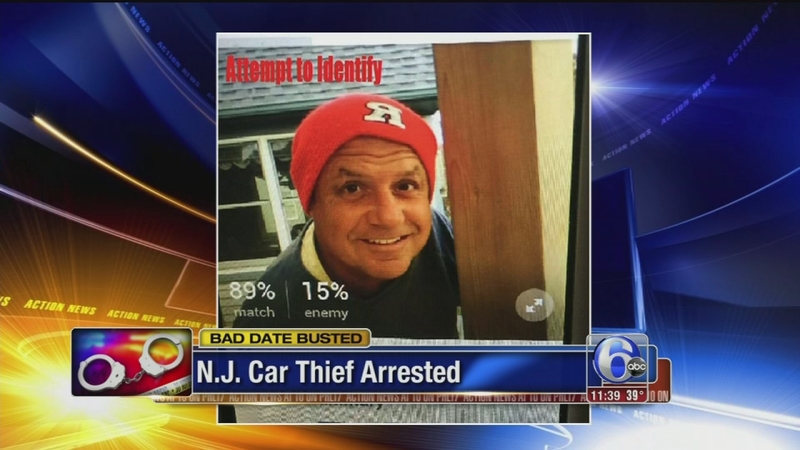 WATERFORD, N.J. (WPVI) -- Authorities say a man who allegedly stole a woman's car during their first date last month has been captured.

Waterford Township police say 53-year-old Gerald Tietz was arrested Saturday after the vehicle - which had the vanity plate "JSRYGRL" - was spotted in Cherry Hill.

Tietz and the woman, identified only as a New Jersey resident, became acquainted online and decide to meet on Feb. 26. Tietz allegedly told the woman his name was Gennaro Aladena and that he went by the nickname "Gooch."

At some point that evening, police say Tietz got the woman's car keys and took her vehicle.

Police say he used his OK Cupid dating profile to meet the woman at Racks Restaurant and Sports Bar in Atco.

The man and his date eventually went back to her house.