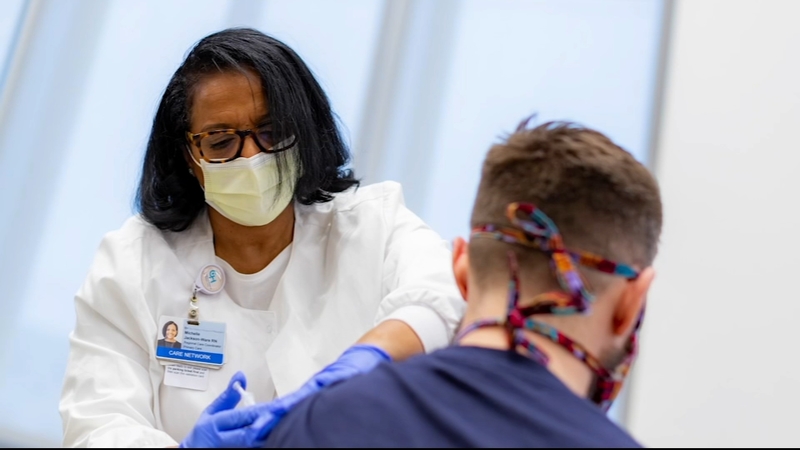 This year, they received a record number of nearly 1,500 nominations. This week's winner was nominated by several of her peers and it's easy to see why.

Jackson-Ware knew at a young age that she was destined to become a nurse.

During arts and crafts at a summer camp years ago, the assignment was to make what you want to be when you grow up. Jackson-Ware knew exactly what she was going to make.

Many go into nursing at the beginning of their professional lives. But Steve Footit became a nurse when many would be heading for leisure life.

She said this doll is confirmation that for her, nursing was a calling. Her career has now stretched 30 years, with 20 at Children's Hospital of Philadelphia.

"And I have seen a lot and done a lot and experienced a lot. But I still love the institution of nursing," she said.

That love has inspired a new generation of nurses. Jackson-Ware said while in nursing school, she was the only African American student, so as a recruiter she focused on hiring talented, yet underrepresented nurses.

"I know there are plenty of children that want to be doctors or nurses so they should see someone who looks like them who has succeeded in that area," she said.

Another calling for Jackson-Ware is helping feed the hungry. When a food program she had been involved with shut down due to the pandemic, she created a new one called Feed the People.

"I said to myself, wow people need to eat, it's a big concern. I am going to apply for a 501c3 and I founded my own program," she said.

The $2,500 prize money from the Celebrate Caring award will go towards continuing to Feed the People.

Jackson-Ware also coordinates care for kids with asthma and said many of the obstacles, food insecurity, housing issues and family financial problems all play a role in health.

As for being recognized with this award, Jackson-Ware said it feels like she's won an Oscar.