WPVI
By Jason Knowles
HOMEWOOD, Ill. -- The COVID-19 pandemic has forced thousands of furloughs or layoffs from businesses of all kinds. In many cases, people are losing their jobs over video conferencing apps, like Zoom.

Experts say being laid off while working remotely is adding a new layer of stress for many people.

Nordman was among a group of employees of WW, formally known as Weight Watchers, who was laid off this spring.

"The script said, you know, unfortunately, the COVID-19 has caused us to rethink our business, arrangement in our footprint in the community. And we have some jobs have been impacted by this unfortunately yours is one of them at the end of this call, you will no longer be an employee of Weight Watchers. And that was it. That was a three-minute phone call. And just like that, just like that," she said.

Our sister station WLS-TV's I-Team spoke to Nordman and seven other former WW employees nationwide and asked them if they were shocked when they heard that news on Zoom. All seven raised their hands.

"It was like we didn't matter, we weren't human," Phyllis Gilardoni said.

They say they understood that because of the pandemic video conferencing may have been the safest option. However, they all described their lay-offs as humiliating, cold, scripted and quick.

"It was muted, so we couldn't ask any questions. It was like, 'after this phone call you are done' and they hung up," Jerylan Zacarese said.

"Wow, I've just been fired but you can't talk to me. The word I use is very unprofessional," Lynn Allred added.

"I think, for two days I cried," Nordman said. "I was in shock, I, I didn't know what was I going to do, what am I going to do, that was the big thing. For 18 years this has been my, my job. And, you know, as well as myself, I have a daughter who has cystic fibrosis, who had a lung transplant seven years ago this month, and she's immune-compromised, so she can't work."

Nordman said she used WW to lose her weight then became an employee to help others.

She said she expected more of an explanation on the Zoom call from a company that promoted a culture of empathy.

Clinical psychologist Elizabeth Lombardo said some of her patients who work for other companies, have had similar experiences.

"What I'm hearing that's very concerning are these group firings," she said. "So, employees being told to get on Zoom at a particular time. They may be put on mute, and they are told their job is no longer, they can't ask questions, they can't process it, it feels very dehumanizing. It's tough to be fired anyway, but in this way it causes a lot more distress."

Lombardo acknowledges video conferencing may be the only choice now but said it should still be treated as a delicate process.

WW said it offered employees the chance to speak one on one with a manager after the Zoom call. It also noted that the employees were paid for two weeks after they were let go.

In a statement, WW said, "The conversations were done in the best and most respectful way possible given the environment."

WW is not saying how many employees were terminated, only that there were several large Zoom groups. Published reports say as many as 4,000 people were let go.

The company said, "When we shut down WW studios in March, we continued to pay our team members through May, including those not working. As we transitioned to Virtual Workshops and accelerated our digital transformation, we took the opportunity to reevaluate and downsize our real estate footprint. Unfortunately, that had us make some difficult decisions that directly impacted the lives of some of our valued team members. "

Lombardo said if you have been laid off, you should embrace the mourning process, acceptance, then forgiveness.

Nordman and other WW employees just wish the separation was more than a brief Zoom.

WW also told the I-Team that "all employees were recognized for their years of service and were granted permanent WW memberships." The company also says it did not make the decision lightly, but it was the right decision given where the business is headed.
Report a correction or typo
Related topics:
careersillinoiscoronavirusu.s. & worldlayoffunemploymentconsumerjobs
Copyright © 2021 WPVI-TV. All Rights Reserved.
LAYOFF 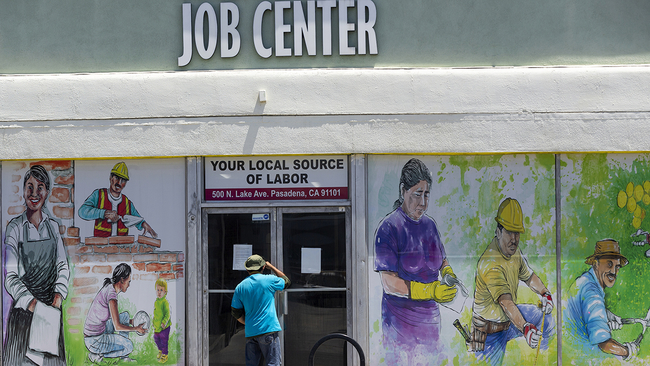 US jobless claims tick up to 745,000 as layoffs remain high

Best Buy lays off 5,000 workers and will close more stores

US jobless claims fall to 730,000 with layoffs high 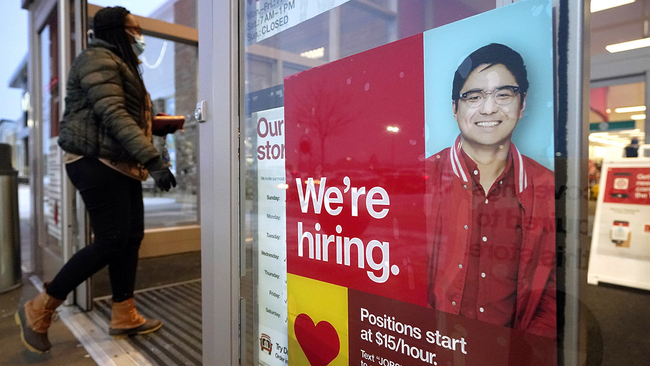