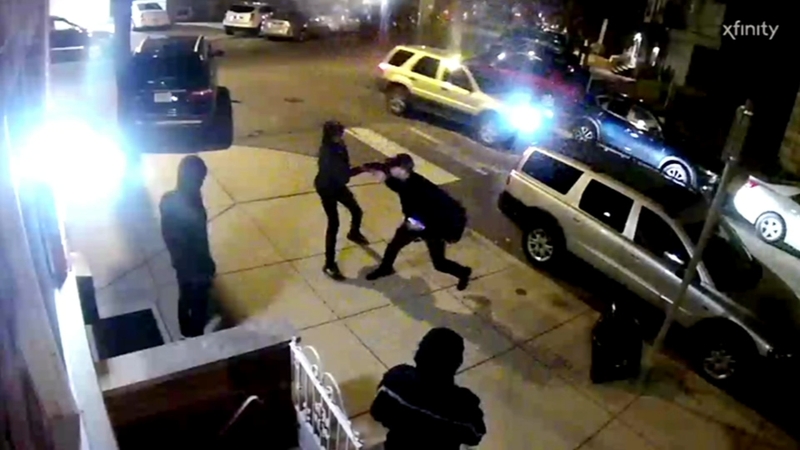 PHILADELPHIA (WPVI) -- Police are looking for three suspects who they say committed at least seven armed robberies in less than two hours in South Philadelphia on Tuesday night.

The robberies all took place between 10:30 p.m. and midnight. The victims were all walking or standing in a street when they were robbed.

A man who only wanted to be identified as Salvatore was one of the victims. He was turning the corner at 17th and Johnston just after 10:30 p.m when he was attacked.

"I got seven stitches," he said.

Salvatore was pistol-whipped in the head and was robbed of $300, a backpack and a cellphone.

He was one of seven victims in Tuesday night's crime spree. 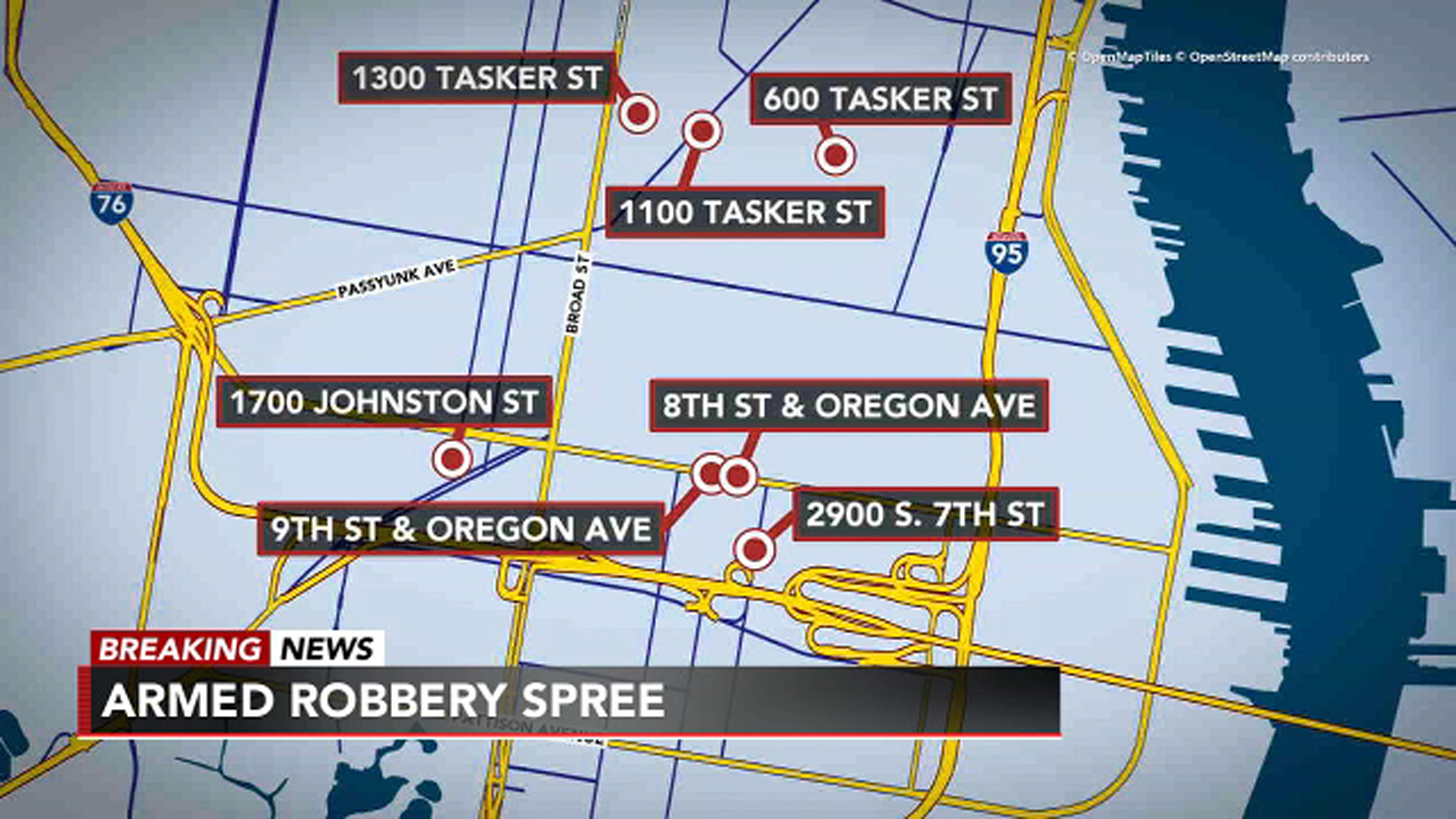 Map of the locations of several armed robberies that happened within the span of approximately 2 hours in Southwest Philadelphia Tuesday night.

"I know the neighbors on the corner, so I know they hang outside. I thought it was them. I was about to make a phone call, I said 'what's going on fellas,' and then I looked they said 'give me your stuff.' The next thing I know, I'm fighting them back and the one kid pulls out a gun and points it at my head," said Salvatore.

The three suspects were sure to cover their faces. They initially drove by in a stolen Nissan Rogue SUV, then got out and waited to attack.

Police say the trio finally ditched the SUV, which was carjacked Saturday, under I-95 at Front and Dickinson streets.

"We know that this vehicle was also reported to be used in two or three other crimes in the last few days," said Small.