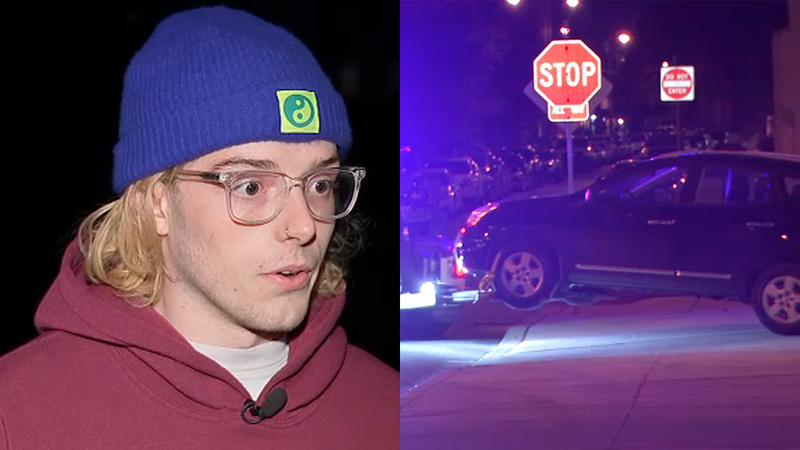 PHILADELPHIA (WPVI) -- A man whose SUV was used in a series of violent robberies after he was carjacked at gunpoint spoke exclusively to Action News Wednesday night.

Jonah Peterson had just left a concert Saturday. He went to his car parked in a lot under a bridge on the 1100 block of Front Street when he found himself face-to-face with a masked gunman.

“I ran for my life, I thought I was going to die.”- Jonah Peterson after coming face to with the armed suspects who would steal his SUV and use it in a series of armed robberies is South Philadelphia. Tonight at 11 @6abc pic.twitter.com/jAH4lEwy97

The gunman made off with Peterson's wallet, backpack and Nissan Rogue.

The same SUV was then used in more than a half dozen armed robberies nights later.


The lawlessness played out in South Philadelphia within a span of two hours.

Surveillance video was released of the armed robbery on the 1700 block of Johnston Street.

The victim, Salvatore, was approached by three suspects.

"He pistol whips me in my face and took some of my stuff and they started running off, and the car was parked right down the street," Salvatore said.

The suspects would eventually abandon the getaway car in the same vicinity where they carjacked Peterson.

Peterson spotted his stolen SUV on the news.

Detectives are now beefing up patrols in the area to calm the nerves of rattled residents.

Police are looking for at least three suspects. Detectives will process his SUV for fingerprints and other DNA.