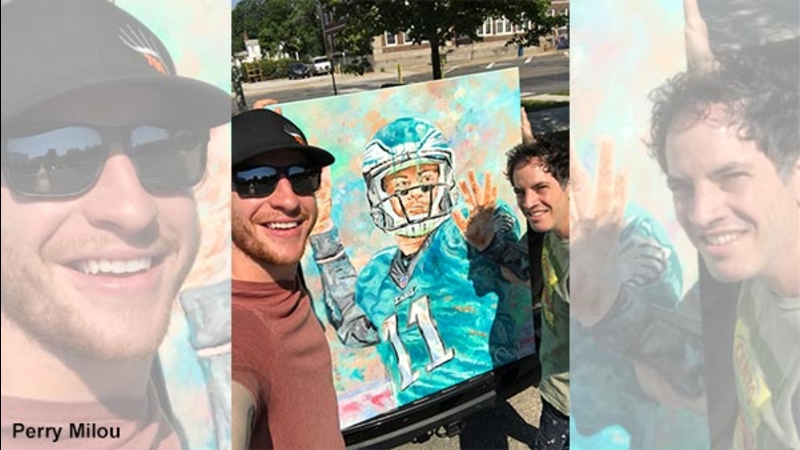 PHILADELPHIA (WPVI) -- A picture may be worth a thousand words, but for one Philadelphia Eagles fan, he had only two words on his mind after his painting of Carson Wentz led to a meeting with the Birds' star quarterback - "an honor."

Artist Perry Milou started his 48" x 36" oil on canvas portrait of Wentz approximately one year ago. 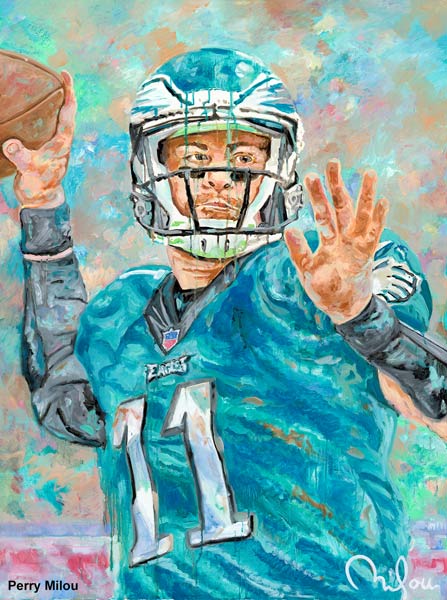 "It's been just about one year since I created this large oil of all Philadelphia Eagles fans' greatest hope, second year rising star Carson Wentz. Our football savior," Milou wrote on social media Monday.

He posted photos and videos of his painting, titled "Faith in Green," to the internet.

A few weeks ago, Milou's friend shared the image of his painting to Wentz himself.

"He was quickly impressed enough to directly reach out to me in hopes of meeting," Milou said.

The Philadelphia pop artist has been painting famous and iconic figures including the likes of Abraham Lincoln, the Statue of Liberty, and Prince for three decades.

Milou's painting of Joe Biden was presented to the former US Vice President upon his return home to Delaware in January.

But on Monday morning, Milou finally came face to face with one of his subjects. 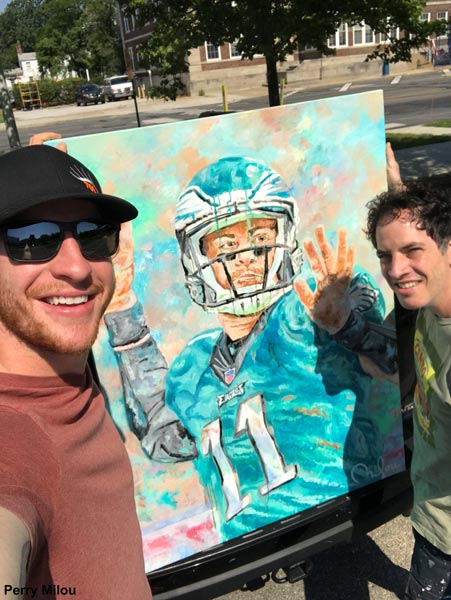 The old adage says to never meet your heroes, but for this Philly artist, his football savior lived up to the hype. 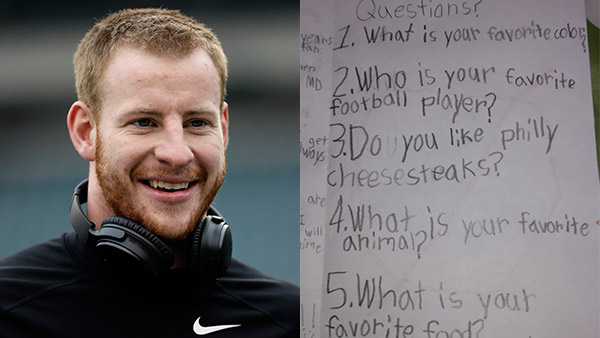 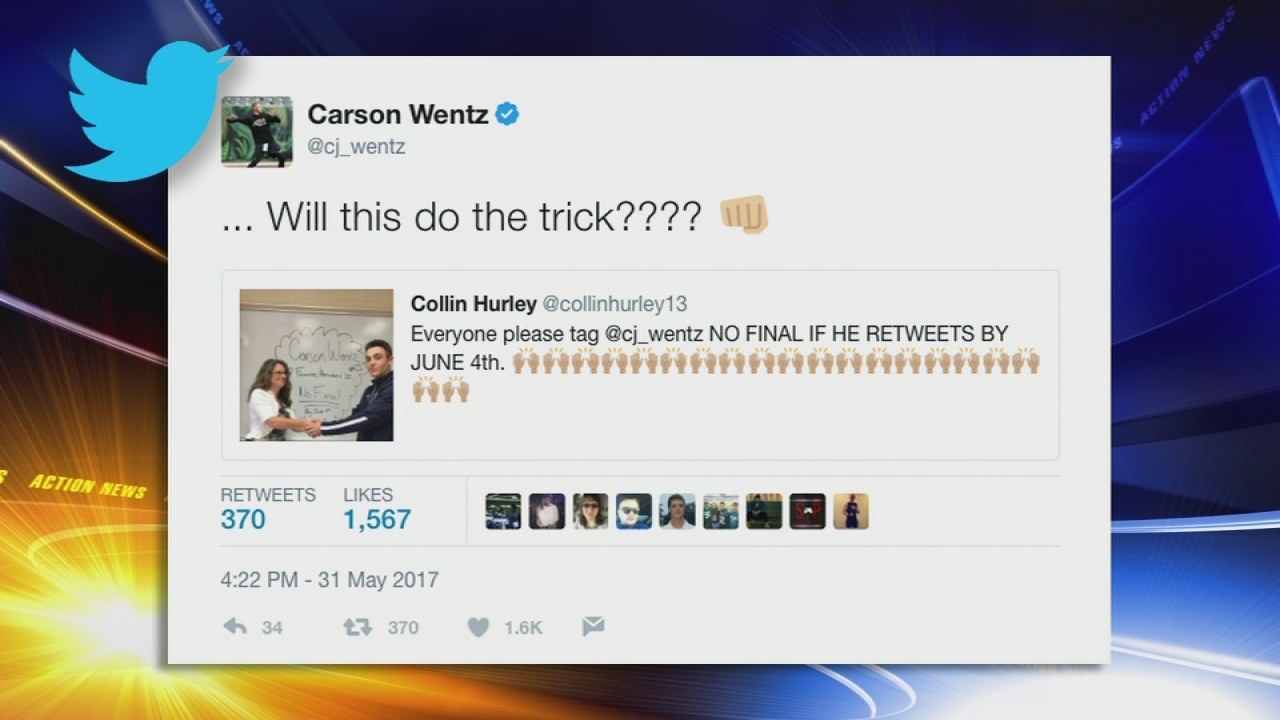 Carson Wentz gets student out of finals
Philadelphia Eagles quarterback Carson Wentz came to the aid of one local high school student who did not want take a final exam.