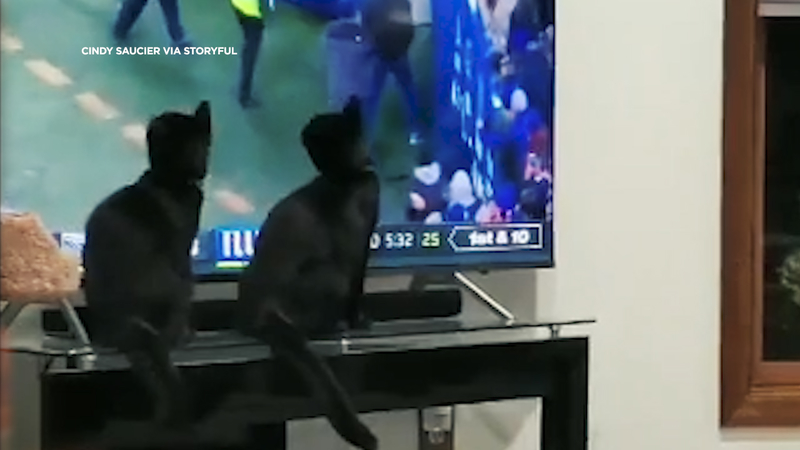 INDIANAPOLIS, Indiana -- Football fans and cats cheer as a black cat ran onto the field during an NFL game Nov. 4, 2019.

Cindy Saucier was watching the New York Giants-Dallas Cowboys game with her husband, Daryl, their two 6-month-old kittens, Max and Leo, and the kittens' mother. As the black cat made its way onto the football field in MetLife Stadium, the kittens suddenly stopped playing and ran over to stare at the TV screen.

Saucier recorded the adorbale video of the cats as they watched the incident unfold. The were pawing at the television screen and intently tilting their heads as the cat ran down the field. The kittens' mother even walks over at one point to see what is going on but is hardly interested in the football game and much more intrigued by objects below the television console.

The cat was chased down the field by New Jersey State Troopers, and Westwood One Sports radio announcer Kevin Harlan jokingly continued his play-by-play commentary, according to reports.

"A state trooper has come on the field and the cat runs into the end zone. That is a touchdown," Harlan said.