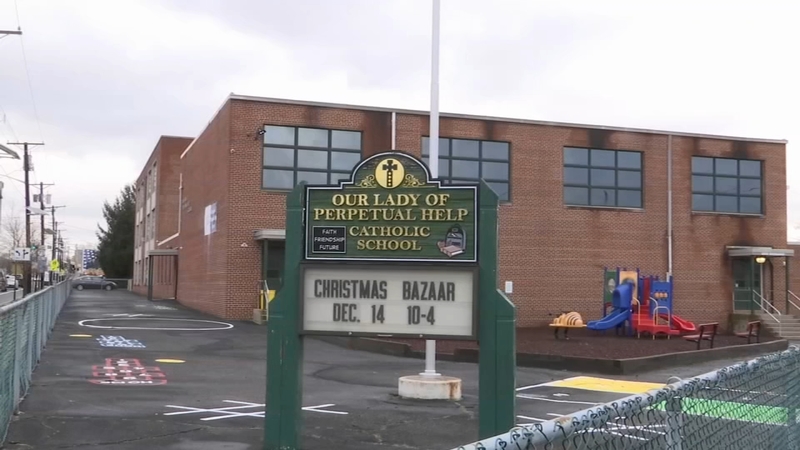 As parents picked up their children from Our Lady of Perpetual Help in Maple Shade, New Jersey, many of them were thinking about next school year.

"Right now a lot of research. We're looking at other schools that are academically comparable and... we'll see," said parent Sasha Grace of Willingboro.

This is one of the two Burlington County Schools closing at the end of the school year, announced Tuesday by the Diocese of Trenton. Pastor Joel Wilson said a meeting was held Tuesday night to break the news.

"While our school is closing, our Catholic education in our parish continues. With religious education, with adult faith formation," Wilson said.

The Diocese cites funding and dropping enrollment numbers for the closures. At Our Lady of Perpetual help, 125 students are enrolled in the K through 8 school, and the church and the school owe a combined $4.8 million debt to the Diocese.

The other school closing in June - Pope John Paul II Regional School in Willingboro. It currently has 113 students enrolled and has required $2.5 million in support from the Diocese.

According to the National Catholic Education Association, more than 1,200 Catholic schools have been closed or consolidated nationwide since 2009. And elementary schools seem to be taking the biggest hit in terms of enrollment.
I really don't know, for the sake of all the other catholic schools in the area how they might be able to survive," said OLPH Alumnus Michael Lawler.

Lawler went to Our Lady of Perpetual Help decades ago, along with his eight siblings.

"I'm devastated over it. It's been a major part of my life," he said.