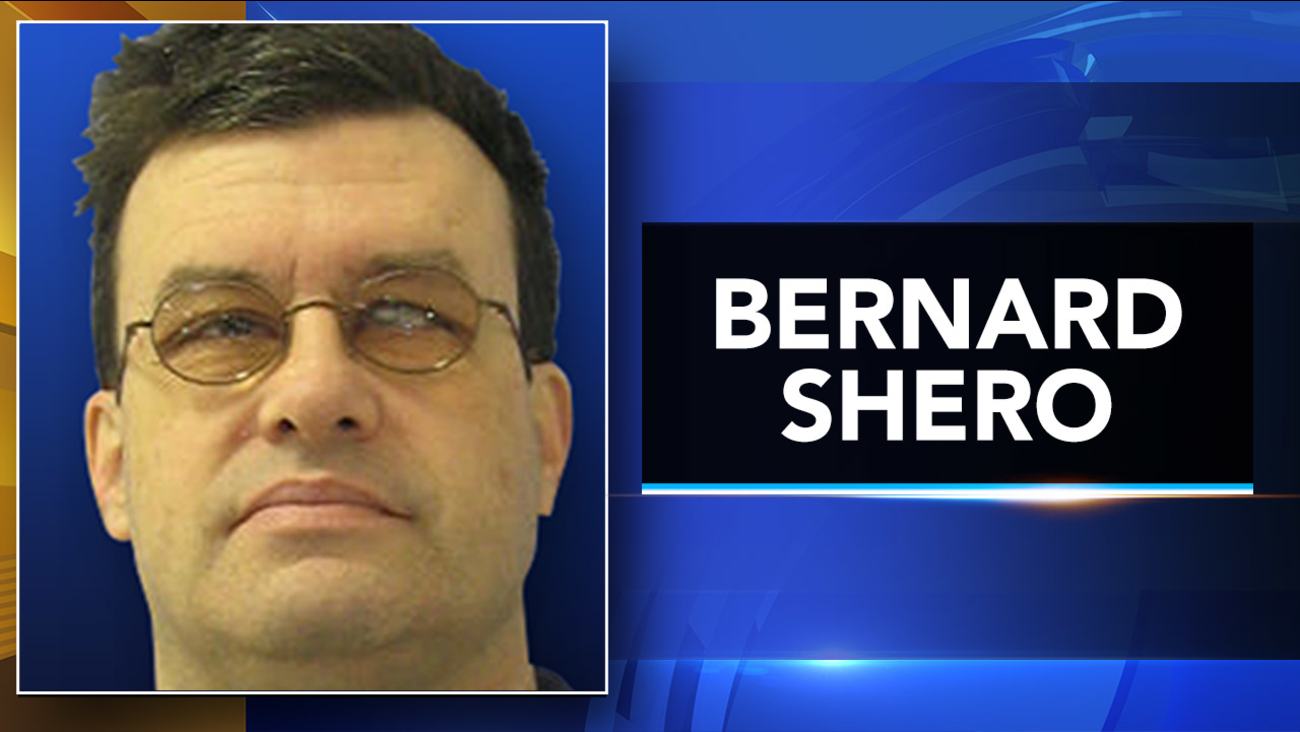 PHILADELPHIA -- A former Catholic school teacher convicted of raping a child was released more than a decade early from prison on Wednesday after a judge threw out his conviction amid questions about his accuser's truthfulness.

Rather than face a new trial, however, Bernard Shero, 54, pleaded no contest on Monday to less serious child rape and assault charges and was sentenced to the roughly four years in prison he's already served. He originally was sentenced in 2013 to up to 16 years.

The accuser had helped to convict three other church officials, including a monsignor who became the first to be criminally charged for mishandling complaints about sexual abuse by priests.

Retired detective Joseph Walsh, who had worked on the case for the district attorney's office, told prosecutors several times that he could not corroborate the accuser's story. But the detective said they dismissed him, with one assistant district attorney going so far as to tell him "you're killing my case," according to a court filing.

Shero's attorney George Bochetto said he was "deeply, deeply concerned with the way the prosecution took place in this matter."

Prosecutors declined to comment on the ruling or the plea, citing ongoing litigation in related cases.

Attempts to reach the accuser, who is referred to by prosecutors as Billy Doe, and his family were unsuccessful. A representative for the Philadelphia archdiocese was not immediately available for comment.

Another one of Shero's lawyers, Jeffrey Ogren, said prosecutors agreed to seek a sentence of time served in exchange for Shero pleading no contest.

"The option was staying in jail for 11 and a half years or pleading no contest and getting out today," he said.

The accuser said he was sexually assaulted by Shero and two priests when he was an altar boy in the late 1990s. He has settled his claims against the church in an undisclosed agreement.

One of the priests, Edward V. Avery, pleaded guilty in 2012 but has since recanted his confession. The other, the Rev. Charles Engelhard, died in prison while appealing his conviction.

The accuser's testimony also was linked to a child endangerment conviction of Monsignor William Lynn, the first church official charged over the mishandling of abuse records. Lynn's conviction has since been overturned. Lynn's lawyer declined to comment, citing ongoing court proceedings.