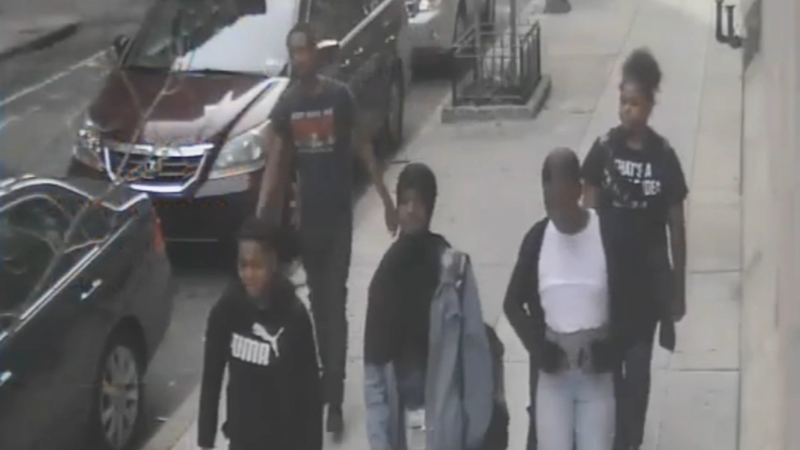 PHILADELPHIA (WPVI) -- Philadelphia police are asking the public to help them find a group of young people, accused of attacking and robbing two women last month in Center City.

They say two males and three females attacked two women as they walked along the 200 block of South 13th street on the morning of October 25.

The victims, ages 21 and 22, say someone from the group stole her cell phone during the assault.

If you recognize any of the accused attackers, contact police.