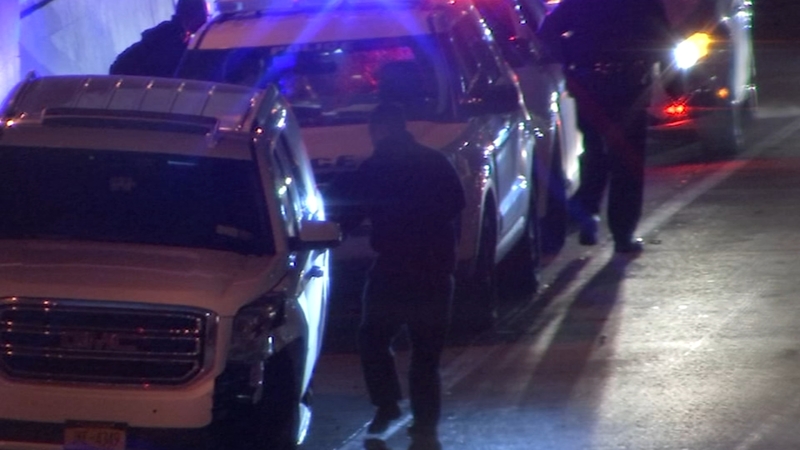 PHILADELPHIA (WPVI) -- A high-speed chase between two men who were shot while leaving a nightclub in Center City Philadelphia and the suspected shooters ended with a crash on the Vine Street Expressway, police said.

Police said two men pulled up in a car outside the club and opened fire on the two victims.

The two victims then got into a car and chased the suspects.

The suspects crashed in the eastbound lanes of the Vine Street Expressway under the 17th Street bridge. Investigators were seen examining a white GMC with front end damage on the shoulder of 676 East.

Police said they both ran away from the scene leaving behind a vehicle with front end damage.

Double shooting at 23rd and JFK, then a high speed chase between victims and suspects, which ended with the suspects crashing on 676 near 17th. Suspects ran away. Victims stable. pic.twitter.com/3N7vA2hPeU

The two victims drove to Cooper University Hospital in Camden.

Police are searching for the suspects. The motive is under investigation.