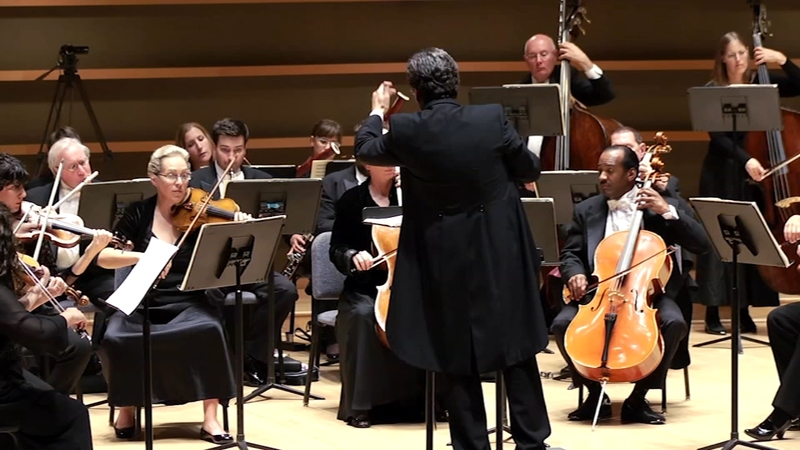 The Chamber Orchestra of Philadelphia is highlighting sounds from around the world in its 54th season dubbed "Migrations".

"Next up, we have Asia and after that Europe, the America's, and then the Middle East," says Joshua Hartman, Marketing Associate for The Chamber Orchestra.

The Asia concert will feature the leading ambassador of Chinese music.

"Wu Man is a very famous Chinese pipa player," Hartman explains. "And the pipa is like a Chinese lute and it's a gorgeous wonderful traditional Chinese instrument."

The entire concert will feature only string instruments.

"You won't just get the pipa, but you also get Mozart and Dvorak in the first half," Hartman says.

"So much of what we call classical concert music from Europe did have its start in traditional folk music," Hartman says. "And we've got a Mandolin soloist Caterina Lichtenburg coming."

In March, the musicians will pay tribute to their home country and beyond with sounds from The Americas.

"We're highlighting our arterial spotlight artist for the season, Jordan Dodson, who is a classical guitarist who graduated from the Cutis Institute of Music here in Philadelphia," Hartman says. "And he's a delightful performer."

Dodson will perform a world premiere by composer-in-residence Andrea Clearfield.

The season concludes in May with melodies from the Middle East.

"You're getting a taste of all the flavors that the world really has to offer," Hartman says.

"Philadelphia itself is also a very multicultural city, and we can find so many examples of these cultures here at home," Hartman says.