Neighbors said the fire scene was like nothing they had ever seen.
WPVI
By TaRhonda Thomas
PHILADELPHIA (WPVI) -- Officials said 12 people including several children have been transported to the hospital with injuries following a fire in the city's Logan section early Tuesday.

Neighbor Georgia Waite said she has been living in her home for twenty years and she's never seen anything like she saw on Tuesday morning, at least not in person.

Flames shot out of the first floor of the three-story home. Firefighters quickly responded to the call. When they got there, they found at least a dozen people who had been inside the home and managed to escape.

"There were people with injuries, people who had jumped. (It was a ) very chaotic scene when they arrived," said Philadelphia Fire Commissioner Adam Thiel.

Twelve people had to go to the hospital, including at least two children.

One of them is a 12-year-old boy who has burns to about 30 percent of his body.

Thiel said a child is one of the two people in critical condition.

Firefighters had a difficult time both attacking the fire and making sure everyone was out of the home.

"This building, like many, has unfortunately been modified into a number of different dwelling areas," said Thiel. "We don't necessarily know who lived here and who doesn't."

It took about 45 minutes to get the flames extinguished. But hours after the fire started, firefighters were still keeping an eye on hot spots and searching the home to make sure no one got trapped inside.

"This is not like what you see on TV," said Thiel "It's dangerous is still smoky." 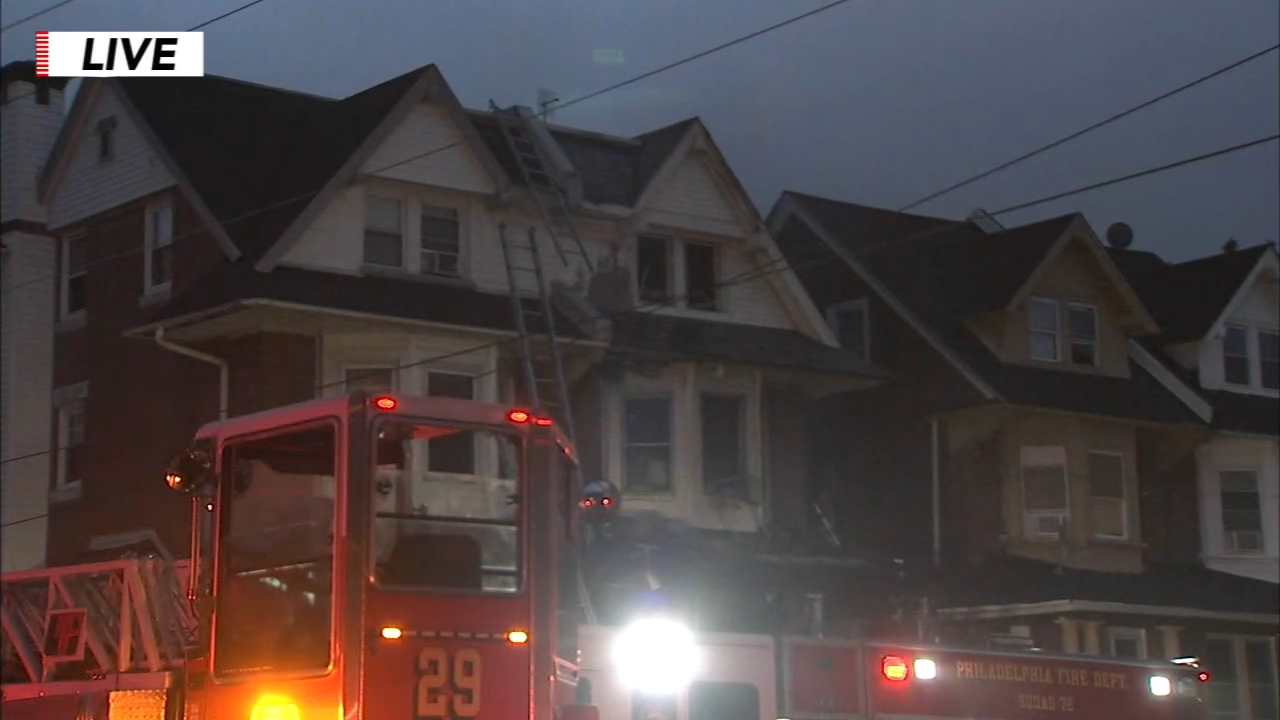 One neighbor said he saw some of the people who lived in the home in their backyard after they'd jumped from the third story. He said one of them was a man who handed him his baby across the fence to get away from the home.

Neighbors also said the same house caught on fire a few years back.

Most of the flames from Tuesday's fire seemed to be coming from the first floor of the home in the front area.

Waite says it's amazing that everyone made it out.

According to officials, most of the injuries were either from smoke inhalation or leg and ankle injuries suffered from jumping to safety.
Two of the people taken to the hospital are said to be in critical condition; there is no word on the conditions of the other victims.