PHILADELPHIA (WPVI) -- There's a mixed reaction from fans about Charlie Manuel returning to the Phillies as the hitting coach for the rest of the 2019 season.

The talk around Citizens Bank Park before the game was focused on Manuel's new role. He was the team's manager in 2008, during the World Series run, and now he's back as the hitting coach for the remainder of the 2019 season, replacing John Mallee.

"He's a great coach, and we miss him," said Jennifer Kappenstein, from Stowe, Pennsylvania. 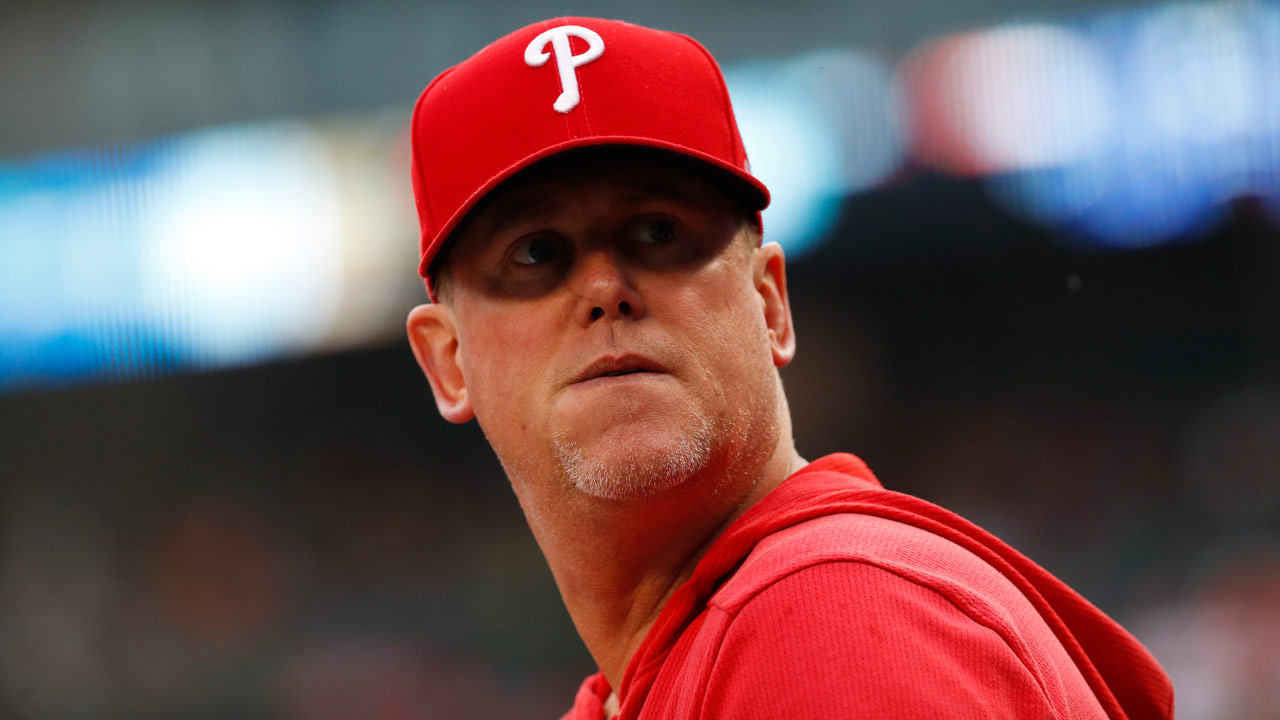 Philadelphia Phillies hitting coach John Mallee watches against the Detroit Tigers in the first inning of a baseball game in Detroit, Tuesday, July 23, 2019.

"You can't get much better than having somebody who won the World Series for you a couple years ago, so looking forward to having someone come in and help us start batting again," said Rick Marino, from Mount Laurel, New Jersey.

Lairon Lawrence of West Oak Lane said, "I think it's a matter of time before Kapler is out of there and hopefully Charlie will step in."

"I don't know, are they getting ready to pull the plug?" said Dave O'Brien, from Buffalo, New York.

With 44 games remaining, the Phillies general manager, Matt Klentak said he's hoping the return of Manuel can help change the swing of things for the Phillies who haven't been doing as well as fans had hoped they would.

"It is not a role that is likely to extend beyond 2019," said Klentak during a news conference Tuesday afternoon.

Kapler says he plans to utilize the former skipper's knowledge of winning here.

"The first thing that comes to mind for me is it's going to be nice to have somebody who has had success in this market," Kapler added.

At Chickie's and Pete's in South Philadelphia, fans seemed excited for the return of Manuel back in the dugout.

"He's going to give them a momentum boost to make them better, make them stronger," said Bruce Chickeletti, from Moosic.

However some fans on Broad Street said they are skeptical.