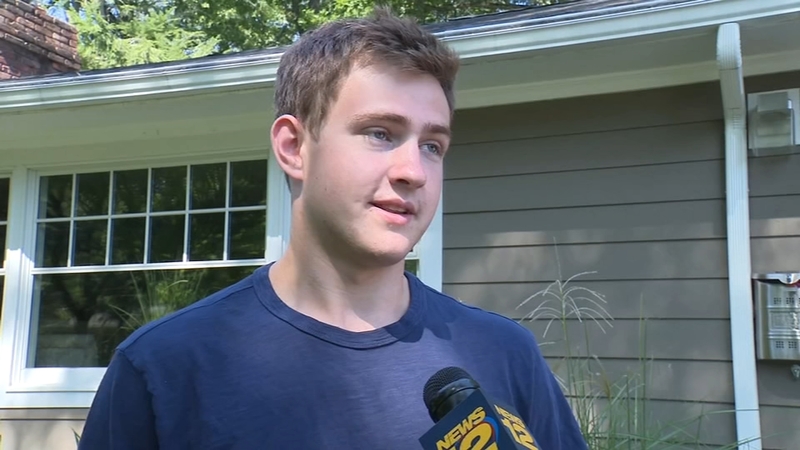 CHATHAM, New Jersey -- A teenager in northern New Jersey who survived a lightning strike is speaking out about the terrifying experience.

The 19-year-old was on the field of Chatham Middle School on Thursday night when a bolt of lightning struck.

"I didn't think anything of it, I thought if it starts thundering and lightning I'll get going," Brendan Darby said Friday.

He said by the time the storm started, he noticed about 10 other people still running out on the field and figured he'd be fine.

That's the last thing he remembers. He was not hit directly, but did get knocked out.

He woke up about two minutes later face up on the grass with rain hitting his face.

"Right when I woke up, it felt like something major just happened," Darby said. "I had no pain, I was a little numb, a little tingly. I don't know if that was adrenaline or all that electricity running through my body."

It was about that same time his parents noticed the storm too.

"My wife actually said 'hey we need to get a hold of him, there's this thunderstorm coming through, don't want him to get hit by lightning,'" Brendan's dad Jack Darby said.

When EMS arrived on the scene, they checked Darby's vitals and his pulse.

Incredibly, all the tests revealed he did not suffer any injuries -- just a story of survival.