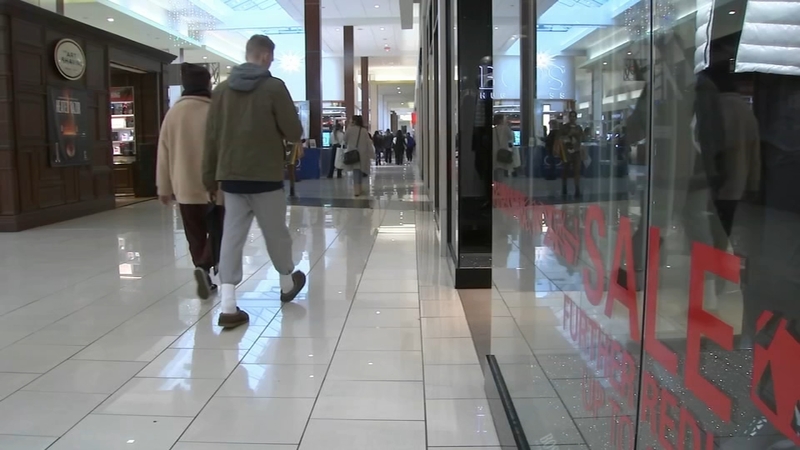 CHERRY HILL, New Jersey (WPVI) -- With one week left until Christmas, retailers are hoping last-minute shoppers will turn to the stores rather than online.

At the Cherry Hill Mall on Tuesday, lights were twinkling, volunteers were wrapping and some shoppers were scrambling.

"I'm trying to get it all done today, all in one shot right here," said Malik Jenkins of Sicklerville, who had yet to buy a single present when we spoke to him.

And that's music to merchants' ears as they try to compete with the convenience of online shopping and free shipping.

And while many shoppers say they could've made some of their online, they all had their reasons why they showed up here instead.

"Some things you just can't buy online. This was $35 on Amazon compared to driving to Cherry Hill Mall, it's $15," said Joe Vinch who has just purchased a toy for his sister.

It may come as no surprise when the National Retail Federation asked people where they planned to shop this holiday season, online was the most popular answer. But officials at Cherry Hill Mall say it's been a strong season for merchants so far.

"We prefer to be in the stores. I like the interaction, I like to see what I'm buying. I like the suggestions from salespeople," said Lotus Bilborough of Burlington.
The Bilborough sisters make a day of it.

"I've been trying to do everything in stores," said Joy Bilborough. "Because I work in fashion. I've seen a lot of retail close down and I purposely want to support retail."

Others say while the mall is fine on a weekday, they'll be long gone for the weekend crowds.

"I've worked Christmas in the mall for Macy's and I understand what I do not want to go through again," said Bob Doris of Westampton.

Mall officials say they are gearing up for "Super Saturday" this weekend.