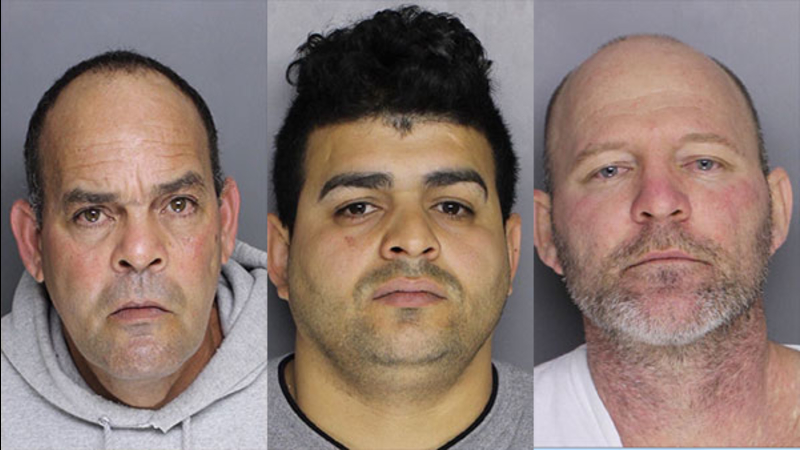 On March 24, police were serving a search warrant to Quinones' home on the 900 block of Malvern Drive.

And that's when officers noticed Quinones and the two other suspects leaving in a black Audi vehicle with temporary New Jersey license plates.

When officers approached the suspects, they detected a strong odor of raw marijuana in the vehicle, police say.

After executing the search warrant, police say they discovered 100 mature marijuana plants inside the home.

Police also found items to grow and harvest the marijuana, including lighting, fertilizer and fans.

Police say the suspects bypassed the electrical meter at the residence to gain access to electricity they needed to run the grow operation.

Investigators seized all the drugs, grow material and vehicle.

The operation was dismantled by the Pennsylvania State Police Clandestine Lab team.

All three men are charged with felony drug trafficking charges.

They are being held at the Chester County Prison.