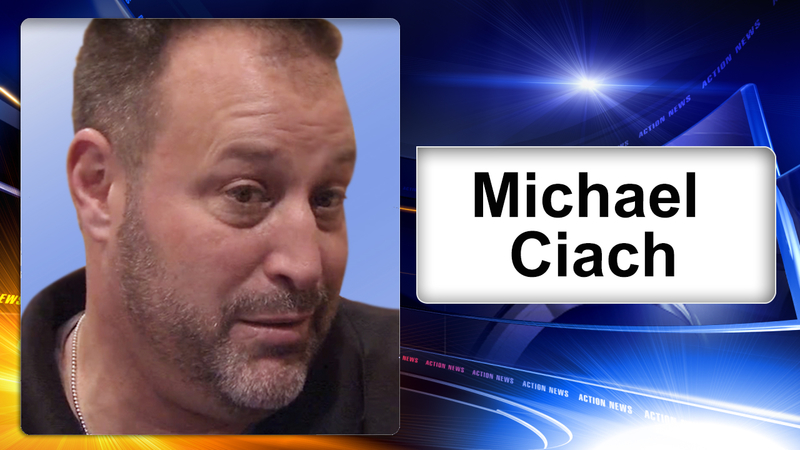 CHESTER, Pa. (WPVI) -- A Delaware County mayor is facing DUI charges after allegedly fleeing the scene of an accident.

It happened Friday morning on the unit block of East 22nd Street in Chester.

Charges were filed over the weekend after Upland Mayor Michael Ciach allegedly hit two parked cars, and then tried to run from the scene.

This after resident Volonna Wright tells us she told him to stay at the scene.

Wright tells Action News her conversation was brief, and she had no idea the man who had allegedly just hit her father's parked SUV was Upland Mayor Michael Ciach.

Police responded to reports of a drunk driver crashing and fleeing the scene.

Following a brief search of the area, Ciach was discovered walking a block from the crash.
Sources say the 50-year-old was struggling to stand straight, and had a strong odor of alcohol on his breath.

"He was moving slow. I think he thought he was getting away fast, but he wasn't," said Wright.

We stopped by Ciach's residence on Monday, but no one came to the door.

Mayor Ciach spoke to Action News in an October interview about the second presidential debate, and his run for State Representative, which he lost in the November election.

"That's really shocking to me. I'm happy they caught him," said Wright.

Ciach's vehicle was towed. He was released on his own recognizance.