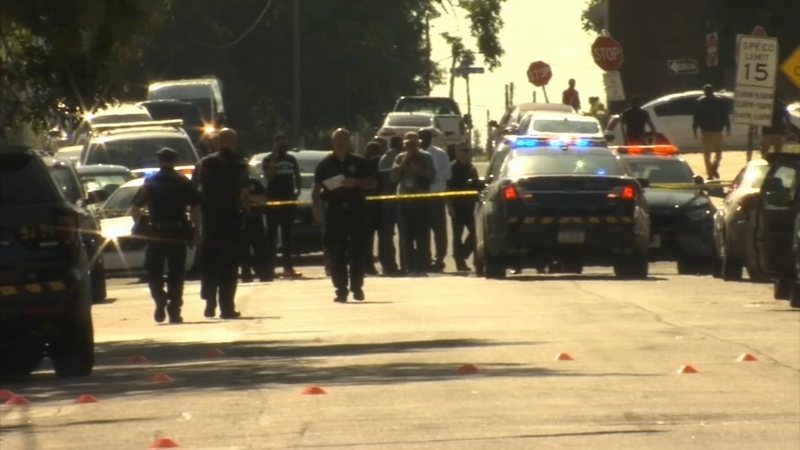 Friday morning's gunshots rang out near 10th and Parker around 8 a.m. Police say there were no injuries. A car near the scene had several bullet holes on the windshield and doors.
EMBED More News Videos

A gun battle in Chester, Pennsylvania between two men was caught on camera.

On Thursday afternoon, around dismissal time, two students were shot along the 200 block of West 8th Street, near Chester High School.

Resident Paulos Carter-Springfield says she hit the floor when she heard about nine shots. She thinks Chester police should have a larger presence, she sees kids every day walking to and from school in the area where shots were fired.

"This is the thruway you're going from one neighborhood to the next. So therefore you know, you see a crowd you know where they're going you follow them and you can find the action," said Carter-Springfield.

Chester residents say their continuous complaint is with Chester police, specifically what they perceive is a lack of presence.

On Friday afternoon, Commissioner Otis Blair said they are adding three new officers next week to the force. He also said they are expanding their network of surveillance cameras and are putting more pressure on citizens who have information but won't cooperate.

"I had people willing to come forward. Unfortunately, I had parents telling them no, don't do the right thing," he said. "If we're not willing to help ourselves, who will help us?"