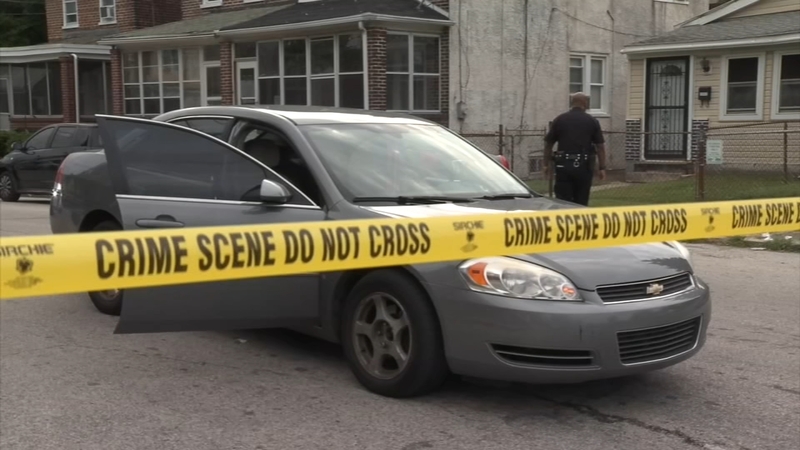 CHESTER, Pa. (WPVI) -- Chester police are searching for the person or people who fired more than a dozen shots on a neighborhood street Monday afternoon.

Neighbors on the 400 block of Highland Avenue say they heard about 20 gunshots around 5 p.m., causing them to crouch down in their homes.

We spoke to one woman who wanted to remain anonymous.

"My kids just came in from school, my dog was on the porch and we heard gunshots. My kids in the house dropped on the ground. I jumped up because my daughter just went outside, I'm thinking she got shot," she said.

Her daughter made it to safety, but police say a woman who was a passenger in a car on Highland Avenue was shot in the left arm when bullets pierced the vehicle.

That vehicle quickly drove from Highland Avenue to 7th and Ward, where 911 was called.

The victim was taken to Crozer Chester Medical Center where she is listed in good condition.

Police say in total, three vehicles were struck by gunfire. They believe the shots were coming from the nearby Highland Avenue train station.

Police say they don't have any suspects.