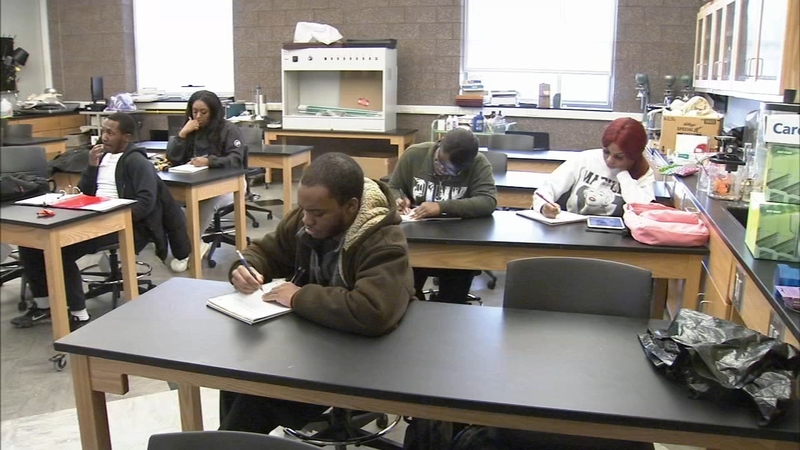 The school is the oldest among the nation's HBCU's- Historically Black Colleges and Universities.

Cheyney University has struggled over the years to stay afloat, while fixing a budget crisis that led to the governor stepping in, along with a fight to keep its accreditation.

"Had a few down years, but it's on a trajectory moving forward," Walton said.

Some would call it an impressive rebound since Walton came on-board two years ago.

"This past year was the first time that Cheyney had a balanced budget since 2011," Walton said.

The university's accreditation is still intact and community partnerships are taking off. Students are noticing.

Dietrich, who is white, is in the minority at this historically black university, but he considers it a family where they learn together.

In this case, he's learning in the lab and doing a paid internship alongside professionals from a start-up called Navorgen. Dietrich is getting the opportunity to lend a hand to cancer research.

"I'm actually a cancer survivor myself, one of four Diamond kids from Hersey Hospital, so I just want to give back to all that's been given to me," Dietrich said.

It's those kinds of doors the university is hoping to open by letting companies rent space, while teaching students.

"It seems to be a win-win for both the business community, as well as the academic world," said MaryFrances McGarrity, SVP of Business Development of the Chester County Economic Development Council.

The university is showing growth in enrollment from 400 students last school year, increasing to 620 students this year, with hopes of more than 800 enrolled next year.

"I think we were all pretty optimistic the whole time that Cheyney would still exist and we were proven right," said senior Arynn Pratt.