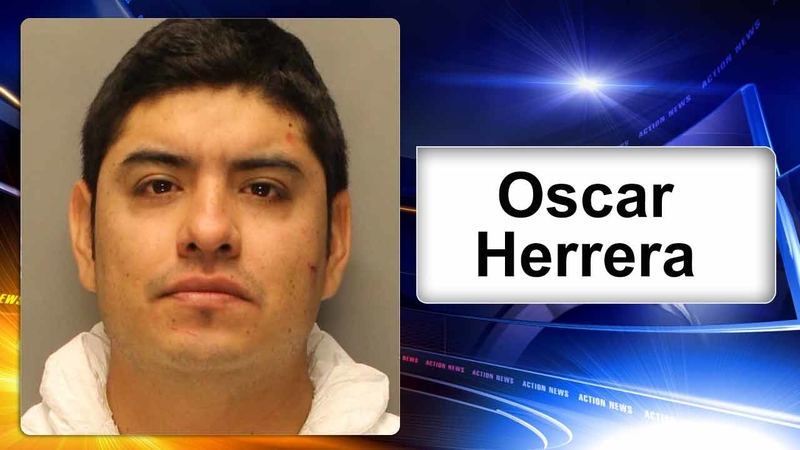 HATFIELD TWP., Pa. (WPVI) -- A man has been accused of breaking into a Montgomery County apartment and raping a 6-year-old girl in her bedroom.

Police were called to the Hatfield Village Apartments in Hatfield Township on Monday around 4:00 a.m. for the report of a burglary in progress.

Court documents reveal the 6-year-old was woken up by an adult male who was behind her; he threatened to harm her and her family and told her to shut up.

The 6-year-old's cries begging Herrera to "stop" and asking "why are you doing this?" are what alerted her 11-year-old brother who was sleeping in the bunk below to sprint to his parents' room for help.

"Certainly from the details provided by both children and it's quite clear from the evidence that this individual engaged in terrible acts with the child," Montgomery County District Attorney Risa Vetri Ferman said.

According to police, the girl's step-father held him down until officers arrived.

"I have to give great credit to this 11-year-old boy who had the courage to step up and help his sister and great courage to the family for the restraint that they exercised in what I could only imagine was absolute harrowing circumstance," Ferman said.

The DA office says this was random and Herrera had not targeted the 6-year-old, though he did admit to breaking into the same unit months earlier when no was inside.