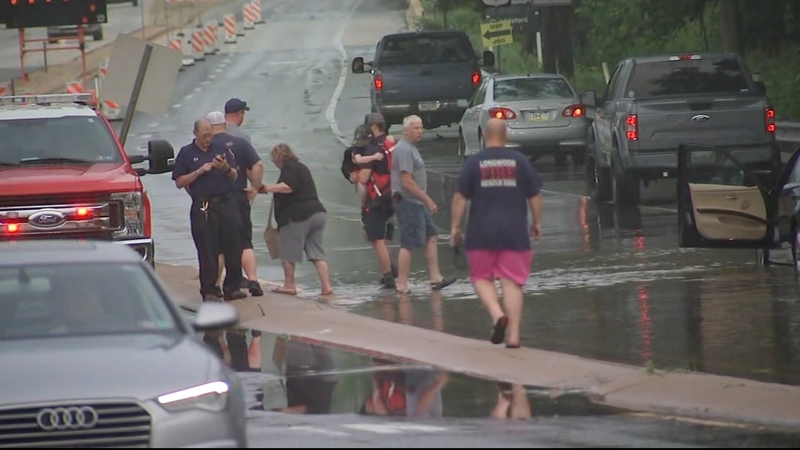 Child rescued after car gets stuck in Delco flood

The fire department blocked the southbound lanes of Baltimore Pike by Creek Road, which were covered with water.

Boats were nearby at the ready.

The Action Cam was on the scene when a car became stuck in the floodwaters. Firefighters lifted a child to safety from that vehicle.

The child could be seen gripping on tight onto the firefighter.

Traffic was backed up and diverted during the morning rush.

"It's miserable out here. It's a creek. It's a river. Got a lot of flooding," said Paul Padien of Chadds Ford.

The current was swift in Brandywine Creek, which swelled and overflowed after the downpours, breaching the banks of the Brandywine River Museum.

"Lot of rain. Lot of water being put down," said resident Lou Decenzi.

He added, "I'm sure the back roads are all flooded out just the same."

Kerr Park was also underwater. The water receded by Wednesday.

"Everything around here was flooded. It looked like a swamp," said John Rowland of Downingtown. "I've been living here about 15 years, this is the worst I've seen this water."