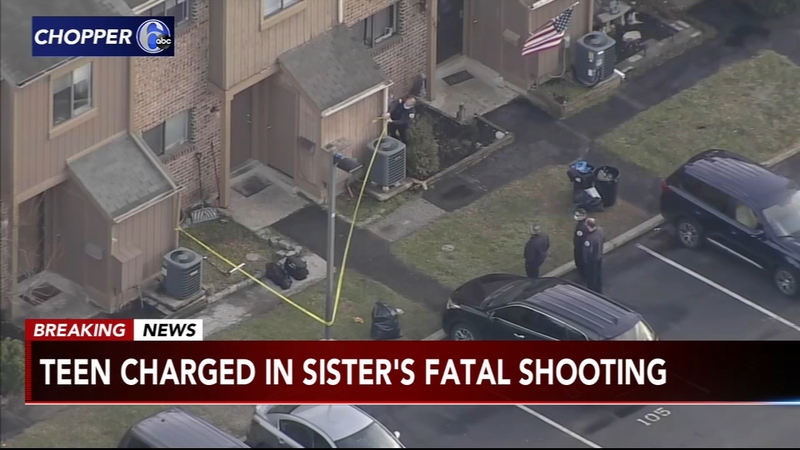 UPPER PROVIDENCE TWP., Pennsylvania (WPVI) -- A 13-year-old boy has been charged in the shooting death of his 12-year-old sister inside a Montgomery County home.

The district attorney's office said charges of third-degree murder are pending against the boy.

Dr. Ian Hood, forensic pathologist with the Montgomery County Coroner's Office, performed an autopsy on the body of the 12-year-old which determined the cause of death was a single gunshot wound to the chest and the manner of death was a homicide.

Police were called to a home on Larchwood Court in the Collegeville section of Upper Providence Township around 7:51 a.m. Friday, the district attorney's office said.

Officials say the mother of the children, Daisy Vasquez, asked her son to go outside to her car to get a 9mm handgun that was legally registered to her.

Authorities say the 13-year-old entered the house with the handgun and pointed it at his sister, Jasiyah Vasquez

The victim then collapsed after the gun was discharged, officials say.

"We followed the evidence in this case, which clearly showed that the 13-year-old shot and killed his sister," said Montgomery County district attorney Kevin Steele.

The suspect was arraigned before Magisterial District Court Judge Cathleen Kelly Rebar, who denied bail and ordered that the teen be held at the Montgomery County Juvenile Detention Center.

Chopper 6 was over the Perkiomen Woods development in Upper Providence Twp. after a child was shot on Friday morning.