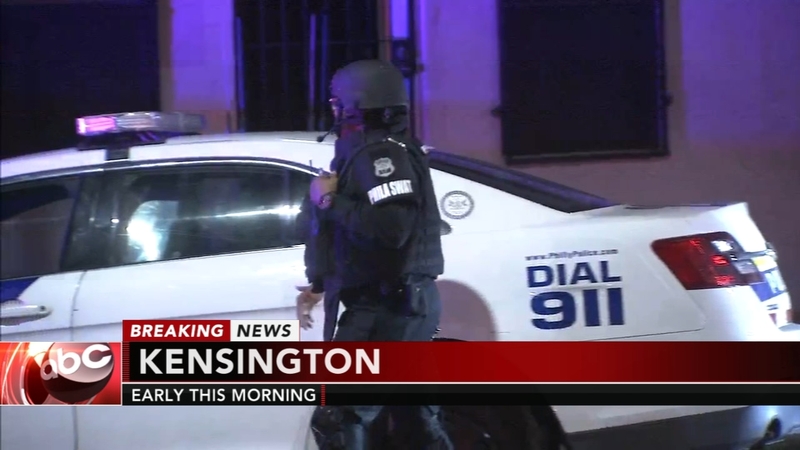 The incident began around 12:40 a.m. on the 2200 block of North Howard Street after a report the 41-year-old man was screaming from a third-floor bedroom window.

Police say he wasn't making sense so officers asked him to open the door and come out of the house, but he refused.

At one point he picked up his 3-year-old and held her near the open window, and police were worried he would drop her.

A standoff situation began, and a hostage negotiator was called out, but eventually the SWAT team went in.

"The entire time you could hear children screaming in the background," said Chief Inspector Scott Small. "So we were afraid one or more of the children may be harmed, so police went inside."

Small said the man resisted arrest, punching and kicking officers. It's unclear if charges will be filed but the man was taken in for mental health evaluation

The SWAT team involved was the same unit that was involved in a shooting that left a homeowner dead and an officer wounded on Monday morning.

That incident happened in the Germantown section of the city. The homeowner apparently thought someone was trying to break into his home when he fired on police, who then returned fire.

The officers were actually there for his 20-year-old grandson, who was not there but later surrendered to police.