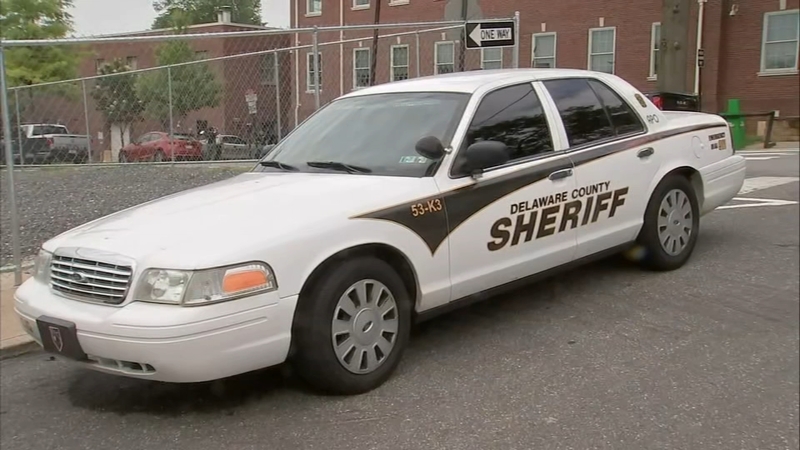 MEDIA, Pennsylvania (WPVI) -- Over the last few days, an increasing number of officials have called for police departments to ban the controversial use of chokeholds.

Delaware County Sheriff Jerry Sanders issued a directive to his deputies banning all chokeholds during any physical altercations with people they encounter.

"Chokeholds are not a defense that is approved by this office and it will not be tolerated," said Sanders.

After what happened to George Floyd in Minnesota, and what happened to Eric Garner in New York City in 2014, the outrage across the country and the world is putting tremendous pressure on law enforcement agencies.

The Philadelphia Police Department currently prohibit the intentional use of certain types of holds to render a person unconscious.

Sheriff Sanders says clearly his 55 deputies encounter very dangerous instances while out serving bench warrants, eviction notices and serving protection from abuse orders, among other things, and they must use reasonable safeguards.

"If there's any action taken against the deputy, the deputy has to use appropriate force to bring that person under control," said Sanders.

But, while acknowledging the very real inherent dangers, he's making one thing clear to his deputies.

"We just want to make sure that the deputy knows that chokeholds are not one of the things, one of the defense mechanisms or tactics that's available," said the sheriff.