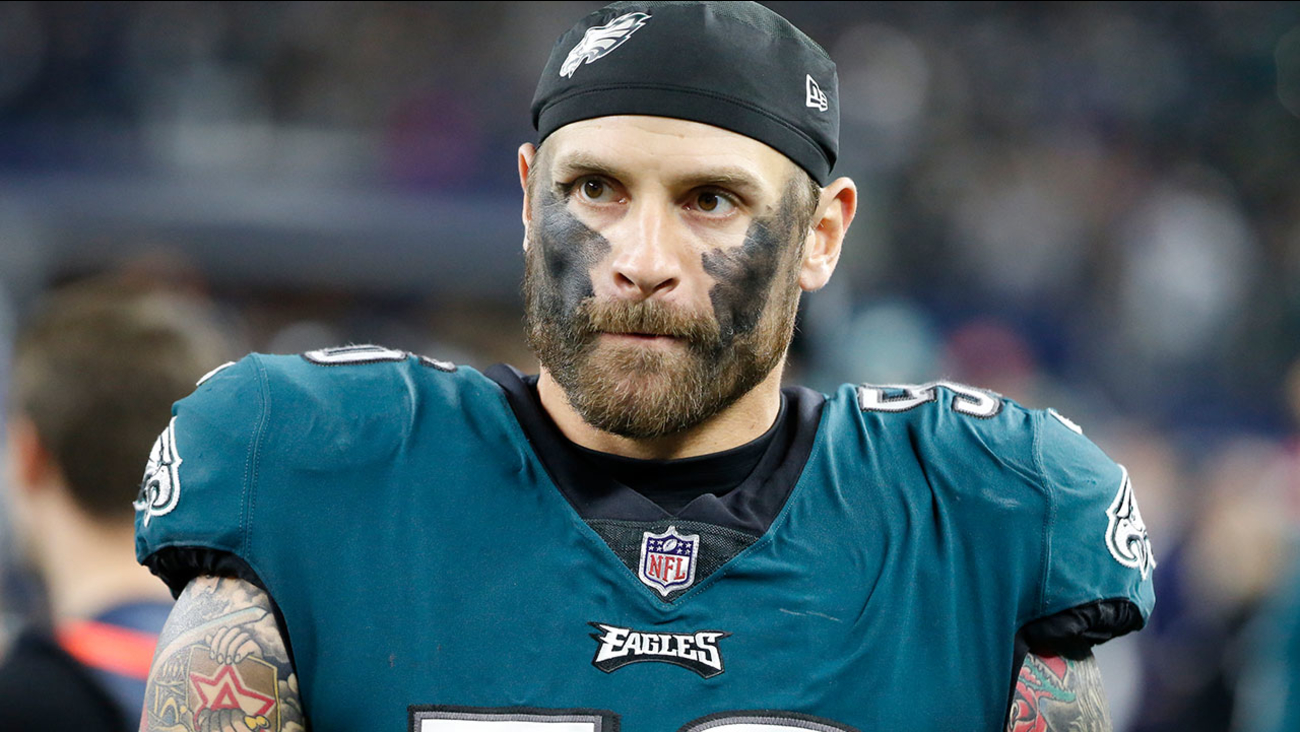 His base salary jumped from $1 million non-guaranteed to $2.5 million guaranteed, with the elimination of his $750,000 in per-game roster bonuses and $750,000 in incentives.

Sources: the Eagles re-did the contract of DE Chris Long, guaranteeing him $3M this season. His base salary jumped to $2.5M guaranteed (from $1M non-guaranteed), with the team eliminating his $750k in per-game roster bonuses & $750k in incentives. Doing a good player a solid.

However, NFL Network's Michael Silver reports that the 32-year-old defensive end has yet to accept the revised contract as he decides whether or not to retire.

The NFLPA gives the award to a player "for his profound dedication to positively impacting his team city, and communities across the country, in the spirit of the former Supreme Court justice."

Long donated six of his game checks this season to funding a scholarship program at St. Anne's-Belfield School, where he attended high school in Charlottesville, Virginia.

He then donated his last 10 game checks to programs that support educational equality in the three cities where he's played so far: Philadelphia, Boston and St. Louis. Through the "Pledge 10 for Tomorrow" campaign, he was able to match his own charitable contribution by raising another $1.3 million in donations.

Information provided by ESPN and The Associated Press