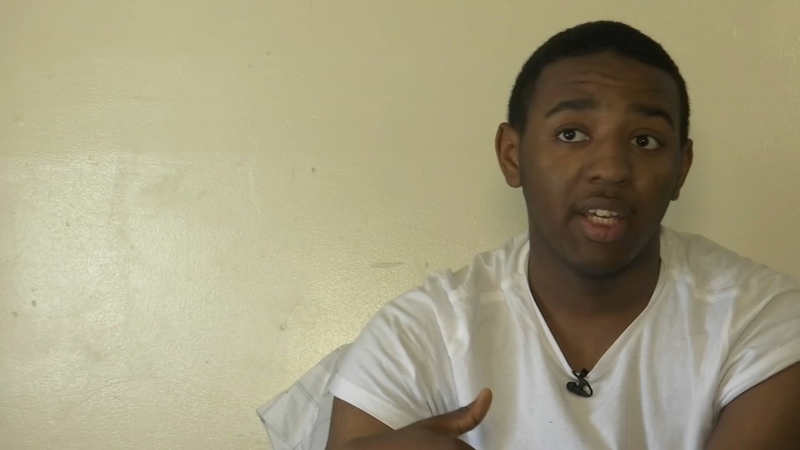 Jakai White, 15, is a youth pastor advocating for solutions to gun violence in his Wilmington neighborhood. Earlier this month, he made a plea to City Council.

"It's crazy that we don't feel safe or trust you guys and a lot of y'all look just like us," he told chambers.

White had lost a dear friend just months before.

"I told City Council that I could be hit at any moment just because of the area I live in," White said.

Three weeks after his plea, he can now barely get out of bed. He was shot twice Monday night.

"The bullet went through my left leg," he said. The other is in his right heel, "which makes it difficult for me to walk," he explained.

Teen was shot while leaving party at Christiana Skating Center in Newark: Police

State police said the gunfire erupted Monday night at the Christiana Skating Center and the victim was an innocent bystander.

Investigators are still looking for the shooter.

"I'm looking at all the kids running around the parking lot while these shots are being fired, so anybody's child could have been killed," said White's dad, Stephan Fullman, who was picking up his son that night.

White was in the parking lot waiting for his dad when he heard the bullets. He started running, but then collapsed.

who was picking up his son from the parking lot when the shooting happened.

"I got frightened because he started sliding down the car and he started going out on me," said Fullman.

"If I was to die at that skating rink, what would my mom have thought about me, and I want her to know that my son fought for the right stuff," said White.

Now, as he is relearning how to walk, White says he's going to push harder for peace.

He believes it's no coincidence he asked elected officials to do the same weeks before his life was at the mercy of a bullet.