Christmas comet: How to see Comet 46P/Wirtanen in the sky this weekend 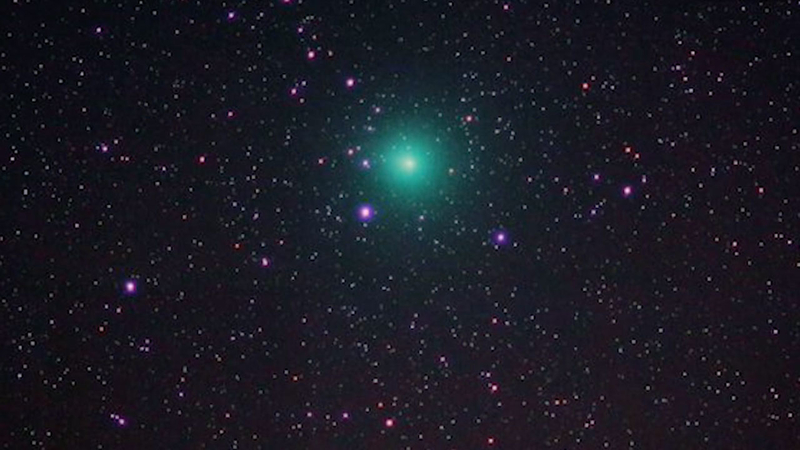 How to see the 'Christmas comet' in the sky this weekend

Santa's sleigh isn't the only thing you'll want to try and catch a glimpse of in the sky this month: Comet 46P/Wirtanen, dubbed the "Christmas comet" by some, is also set to blaze across the December sky.

Come Dec. 16, the comet will be just over 7 million miles from Earth and should be visible to the naked eye, according to the University of Maryland Comet Wirtanen Observing Campaign. The campaign predicts excellent observation conditions and said the comet should be visible "most of the night around close approach" in the northern and southern hemispheres.

Though it measures just three-fourths of a mile across, the Christmas comet will put on quite a show this time around. As the National Space Centre in the United Kingdom explains: "When the comet is at its closest (and brightest) to Earth, it's also being vaporized by the Sun, shedding reflective dust and vapor that could make it even brighter."

NASA's Jane Houston Jones explains how to see Comet 46P/Wirtanen -- dubbed the "Christmas comet" -- in the sky in December.

"It will appear as a fuzzy point of light that moves across our winter night sky throughout the month of December. Nevertheless, if you're under a clear night sky away from city lights, you should be able to spot 46P/Wirtanen throughout December if you know where to look," the museum added.

46P will be the 10th-closest comet to Earth in modern times, according to UMD data, though rest assured that there is no chance that the comet could hit our planet.