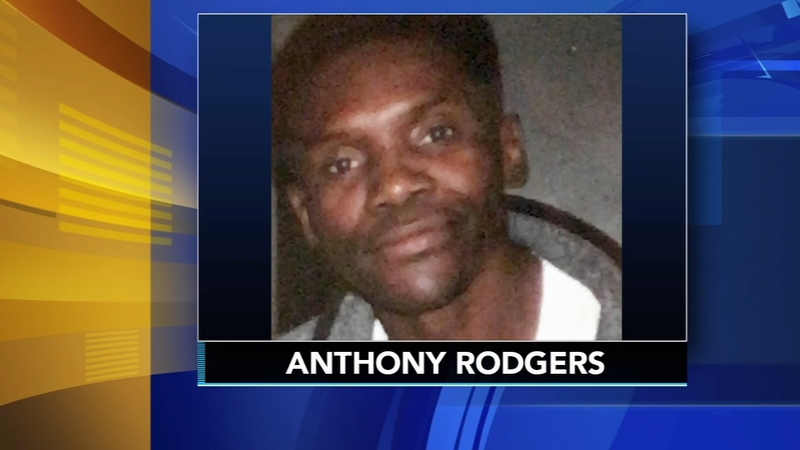 WYNNEFIELD (WPVI) -- Police identified the victim of a fatal hit-and-run accident on City Avenue Tuesday night, while the search for the driver of the car that struck him continues.

Anthony Rodgers, 58, of the 5600 block of Woodcrest Avenue, had apparently just exited a bus and was attempting to cross the street when he was struck around 10:30 p.m. Tuesday.

Rodgers' family was left shaken by his death, just days before the New Year holiday.

"We're shocked about what happened, and we just want them to find the person who hit my cousin," said Jo Ann Copeland.

The search continues for the driver of a red Lexus that struck and killed Rogers on City Avenue near 54th Street, in a crash was caught on surveillance video.

The surveillance camera video shows the heart-stopping seconds leading up to the horrific crash.

It appears after Rodgers exited the SEPTA bus he briefly stops at the corner before crossing the street. At the time, there are no cars present.

Then, several cars drive into the frame before one hits Rodgers with so much force it appears he's thrown several yards out of the camera's view.

The striking driver keeps going. After the fatal impact, cars continue to drive by the Rodgers lying in the roadway.

"The victim has trauma to his head and what appears to be two broken legs," said Philadelphia Police Chief Insp. Scott Small. "Medics pick him up and rush him to Lankenau Hospital. He is pronounced dead at 10:30 p.m."

But police say the striking car left a vital clue behind.

Police found a Lexus emblem on the scene, and witnesses described the vehicle as a red car.

Then, a few hours later, police found a red Lexus with a shattered windshield and other front-end damage in the 4600 block of North 19th Street.

Authorities say there is blood on the outside and it appears to be burned on the inside.

Anyone with information on the hit-and-run driver is asked to contact police.