The new Office of the Victim Advocate will be an independent agency.
WPVI
By TaRhonda Thomas 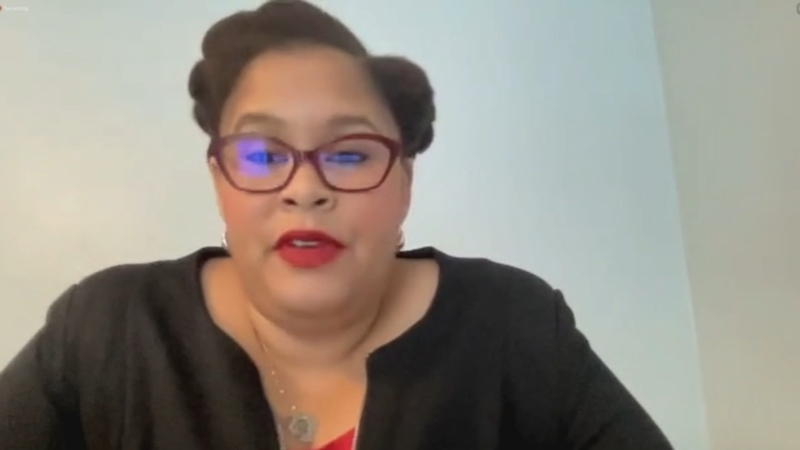 PHILADELPHIA (WPVI) -- It's been six years since Yullio Robbins has seen her son's smile. Yet it still shines brightly in her mind.

"He had a beautiful smile that would win anybody over," she said of her son, 28-year-old James Walke III.

"The person on the other end said, 'Miss Yula, Oh my God. James has been shot,'" she recalled of that day.

Walker was killed on the streets of Germantown in broad daylight. His murder remains unsolved.

As Robbins grieved and searched for justice, there was no city office to advocate for her. Now, that will change.

Philadelphia City Council members unanimously confirmed Adara Combs as Philadelphia's first-ever Victim Advocate. The former prosecutor will hold the position in the city's Office of the Victim Advocate, which will serve as an independent agency focused on the needs of crime victims.

"We need someone whose dedicated voice is that of victims," said Combs, who is a former prosecutor.

Prior to being named in her new role, she was supervisor of the Juvenile Division at the Philadelphia District Attorney's Office.

Combs is a life-long Philadelphian who, unfortunately, has also been impacted by the city's record number of homicides and gun violence.

"Next to me is an obituary for my little cousin who was murdered two weeks ago," she said on the virtual press conference announcing her appointment, holding up a photo of her cousin.

The new Office of the Victim Advocate will be an independent agency. It's the result of a push by the City Council's Special Committee on Gun Violence Prevention. The chair of that committee, Councilmember Kenyatta Johnson, wanted the position to go beyond politics.

"It's a six-year term," he said. "Which goes beyond each mayoral administration."

The new city-run office will be different from the Pennsylvania Office of Victim Advocate and the district attorney's office.

"There's been a need for someone to be a voice for the victim and even inform the district attorney's office of what the victim desires," said Combs

Combs will officially begin her duties on February 7. The office does not have a set opening date yet. As a staff is being assembled, officials estimated it would be several weeks before the office opens. In the meantime, anyone wishing to contact the office should email cjps@phila.gov.

"Adara will be that connector, to make sure individuals know who to call," said Johnson.

Combs' role is to also push for legislative and policy changes while helping victims of all violent crimes.

"Domestic violence victims, sexual assault victims, the carjackings in the city are through the roof," said Combs.

There will be an added focus on the city's gun violence epidemic. It's a resource Robbins wishes were available when her son was taken from her.

"I just want closure," she said. "That would east my heart."