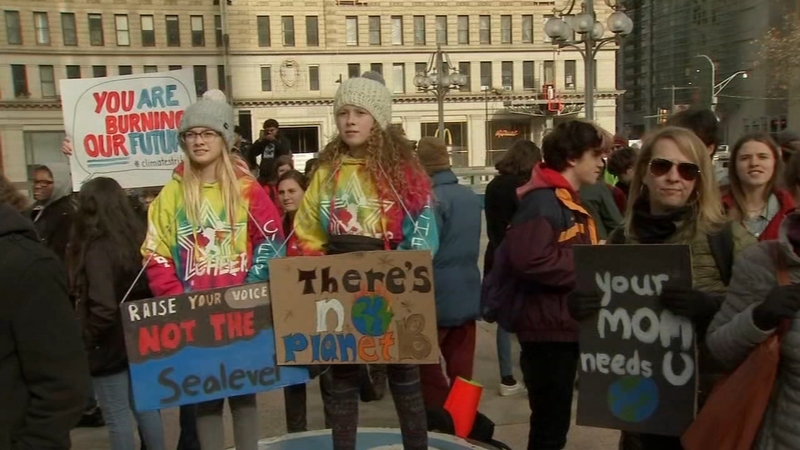 Students left their classrooms and marched to City Hall for this protest.

These students say they are not skipping school just for the fun of it. They say they have an important message and are demanding that something be done about climate change.

"It is really bad. My family is from Bangladesh which is in Asia and they are from the southern district and I have seen the real impact of climate change. I have seen the floods and fires and my own family members die," said Sabirah Mahmud, organizer of the Climate Strike.

Friday's rally in Center City is a continuation of past rallies that attracted thousands who want to see climate change addressed on a global level. Student protestors say these demonstrations are worth the time and effort.

"We need to stand up now or we are not going to be able to stand up in the future. It is now or never," said Jacob Marder, student at Temple University.

Hundreds joined their voices for one united message and they are not shying away from the opposition who say climate change is not real.

"Listen to the science... it is real... science is real. These politicians and scientists have known about this for decades now," said student Alba Ferko from Masterman High Student

These students are hoping politicians and leaders will take notice and fight for a cleaner earth.

"For individuals, the most important thing you can do is educate yourself because there is so much miseducation we have been fed over the years and right now, we are at a really severe point," said student Malcolm Miller from Masterman High School.