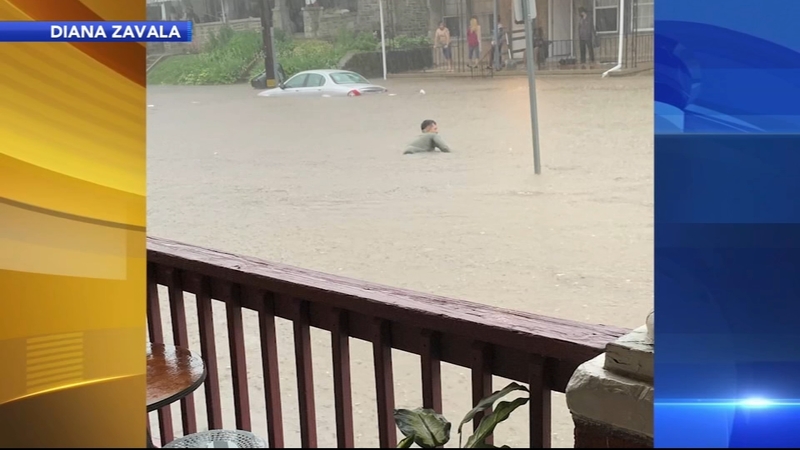 Tovar returned home, like many, to clean and assess the damage following the storm that left cars and homes like hers underwater.

"This is the first time it has flooded this bad," she said.

Her neighbors are also in a similar predicament.

Firefighters lifted a child to safety after a car became stuck in the floodwaters in Delaware County.

Zavala captured the moment the flooded water seeped into her home.

Her husband can also be seen desperately swimming out to the storm drain before making the difficult decision to evacuate with their young children.

Storms caused the Brandywine Creek to flood in Chester and Delaware counties.

Just off Lincoln Highway and Route 340, a tunnel that hours earlier seemed too treacherous to pass transformed into a muddy mess.

In Downingtown, the rush of water came as fast as it went. The area was mostly dried out by midday.

"Everybody that was working last night said that this is basically like one of the worst that they saw," explained Dowingtown Park Supervisor Alexis Law.

Action News caught up with Law as she worked to pressure wash debris off a veteran's monument.

Like many, she too is hoping a potential round two packs less of a punch.